He has his basics right! He knows that for a city to become world-class, its infrastructure has to be on top. That is, perhaps, why Vijay Kumar Yadav, Vice-Chairman of Ghaziabad Development Authority, is directing all his efforts towards that end. In an interview to Realty & More Editor Palash Roy, the 1988-batch PCS officer who was promoted as IAS in 2008 takes pains to explain how his strong focus on traffic, roads, sewers, flyovers and underpasses is part of his bigger plan to make Ghaziabad a truly world-class city. Yadav also emphasises that the other perquisites to achieve this coveted goal are public support and better civic sense.

Palash Roy: After taking charge as Vice-Chairman about a year back, you had said that your top priority would be to make Ghaziabad a world-class city. What steps have you taken so far towards that end?

Vijay Kumar Yadav: See, the main issue for the Ghaziabad Development Authority (GDA) was traffic-related, traffic jams. Ghaziabad is a hub for people travelling to Uttarakhand and those travelling to Lucknow via Moradabad and Bareily. It is also a centre-place for people going to Bulandshahr. So, from the traffic point of view, Ghaziabad is a central point. Keeping this in mind, my predecessor had started a few traffic-related mega projects, which are under construction and within six-seven months, most of these would take shape and two-three would get completed. But there were few other issues, such as at some place flyover was required, at some place an underpass was not there, widening of intersections were needed at some places, U-turns were to be made and some places needed to be made signal-free.

VY – Yes, these are smaller things but they create traffic chaos. We worked on these. A Few big projects are also on for example the elevated road project is on, the day this project is complete, people will come near to Meerut from Ghaziabad border, the link road project which will link NH 24 to NH 58 is on, only a railway bridge is left, which is under construction. Then, we have widened the Hindon canal road plus we are providing an underpass of a Railway under bridge, which will be ready in two-three months. Along with this we are providing a road below the elevated road. Within six-seven months, three to four projects will come in completion stage. So traffic related problems would thus be solved. One of our major projects was Raj Nagar Extension. We have already taken up issues of that area, such as links, sewer and road, etc. So we are on way to make the infrastructure of the city world-class. But we also need public support and better civic sense to make the city world-class.

PR – A sewage treatment plant is proposed in Raj Nagar Extension. When will that be operational?

VY – The plant is ready. Almost 90 per cent of the sewer line for the plant is already laid. But there are three patches where we were having disputes with the landowners, and there is a High Court stay on that. Of the three, we have already received consent from one for laying the underground line but the dispute remains for the remaining two. Also, there is a Supreme Court litigation against land acquisition at the outlet place from where the water which comes out of the plant after sewer treatment. But the litigation is in advance stage, so the outlet is not a problem. For the incoming sewer, it depends when the High Court decision comes.

PR – What is the status of flyover construction at NH-58 crossing? Any deadline which you have internally set up for the flyover to be operational?

VY – That particular route is very busy. After facing many problems, the railway engineers got a signal stoppage there. More than 200 trains cross there. The alignment also had to be changed a bit as there was an ONGC pipeline underneath for which the elevation had to be changed slightly. We expect it to be ready by June-July.

PR – You have implemented common area fixed maintenance charges in Raj Nagar Extension? What was the thinking behind this and what has been the response so far? Do you plan to implement the same in other localities?

VY – See, in one city different RWAs were charging different amount whereas the services and facilities are more or less the same. So, there has to be equality when you are giving same services. Considering this, we held discussions with builders and RWAs and arrived at a costing of the services being provided. We implemented this on an experimental basis, and if people are satisfied then we will implement it in other areas also. But we will watch it for sometime and get the feedback. The response so far is good.

PR – The Allahabad High Court has directed to resolve the sewage mess in Indirapuram. What is the progress on that?

VY – Basically there is a pocket in Ahinsa Khand, where sewer line is laid by private builders, and there are some technical issues. But we have discussed and soon we are going to come out with work tenders to resolve the issue.

PR – What are your plans for Metro rail extension?

VY – Metro in Noida is coming till Sector 62. After Sector 62,comes NH 24 and then Indirapuram. To go to Sector 62 from Indirapuram, one needs to cross NH 24 which creates traffic pressure on NH 24. So we spoke to DMRC and asked for one station on NH 24 to which they have agreed in principle. They said they don’t have any objection, and that we get the DPR approved from the Government. So, one Metro station would be at Indirapuram. In future this will be extended to near Mohan Mekin. Also, the Vaishali Metro will get extended to Mohan Meakin and Dilshad Garden Metro will come through Mohan Meakin. So, Mohan Nagar station will be a hub, a terminal point for going to three different destinations – Noida, Anand Vihar, and Dilshad Garden. This is a future plan, but essentially for this we are providing one station in Indirapuram.

PR – What is the status of work on cycle track project in Ghaziabad?

VY – The work is in progress and it will be completed in next three-four months.

PR – What is your roadmap for the year ahead? Have you set any target for yourself?

VY – My main target is smoothening traffic congestion. The thrust is on improving the traffic condition.

PR – How efficiently are the online services being run in GDA?

VY – Many of the services are online now – complaints, etc can be filed online, payments can be made online. But to become fully online, there are many issues such as documentations, digital signatures, providing certificates, attested copies, etc. We need to work on these issues so that people do not have to come to our office and everything can be done online. Also, people are not fully confident on getting everything done online. They prefer coming to office and getting things done in person. 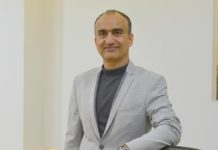 Growth trajectory in residential sales Commercial too will come up soon: Deepak Kapoor 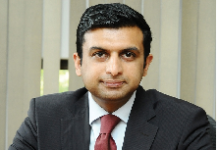 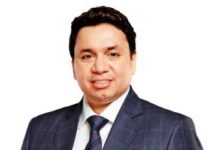 We are a trendsetter for providing strong homes in lesser time

Bhutani gets CC for Alphathum Phase-I

SMNP: An essential programme replete with many challenges 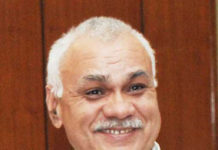 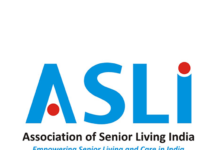