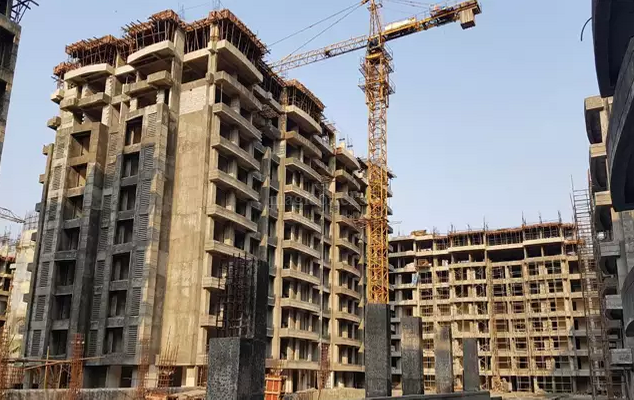 These trends will shape – or reshape – the Indian real estate sector in 2017 and beyond:

India ranked fourth in developing Asia for FDI inflows as per the World Investment Report 2016 by the United Nations Conference for Trade and Development. That is endorsement at the highest levels – and real estate saw equity investment on a very visible return journey to India last year. Indian real estate has attracted USD ~32 billion in private equity so far. The global capital flow into Indian real estate in 2016 stood at USD ~5.7 billion.

Though the historic high of 2007 (in terms of total PE inflows) was not breached, last year proved to be the second-best year so far. Despite Brexit and uncertainty around the new US President’s outsourcing and visa-related policies, private equity activity also looks healthy in 2017 – thanks to a strengthening and modernizing economy, and the growing reputation of India as an attractive investment destination.

Thanks to changes in its regulatory framework, India is now way more attractive to both global and Indian investors. Increased consolidation and transparency – and the launch of REITs (Real Estate Investment Trusts) this year – will further whet their appetites for getting a piece of the Indian real estate pie.

2.     Developers will revamp their business models

Throughout 2016, the number of new residential project launches was lower than units sold. With all states staring at the approaching deadline to implement their versions of the Real Estate Regulation & Development Act (RERA), most of them will definitely fall in line. This landmark law will enforce hitherto unprecedented transparency and accountability requirements for developers into the system, and do a lot to increase consumer confidence. Consumer activism, which has already been making news in recent times, will increase in distressed ongoing projects.

And it’s not only RERA that the Indian real estate sector anticipates with bated breath.

The Goods and Services Tax (GST) and the Benami Property Act will also have a major impact on how many developers run their businesses. Demonetization shook up the older ways of working, but did not affect self-governing developers with the right products targeted at the working masses. The rest have realized it is time now to revamp their existing business models if they want to remain in business at all. Market watchers who had despaired of the Indian real estate market ever shedding its tainted image have every reason to perk up now.

Currently, the residential property market is dominated by end-users – speculative investors are making a beeline out of real estate as an investment category. Residential demand is expected to pick up only towards the end of 2017 – but the recovery will be sustainable and based on much sounder market fundamentals than transient sentiment.

The commercial office space sector will get a strong shot in the arm with REITs. Real Estate Investment Trusts will have an important and long-term impact on developers and present them with the choice of either ‘corporatizing’ or risking take-over by their bigger and better-organized counterparts. The pressure from funding agencies will simply be too strong to ignore.

Corporate developers like Tata, Godrej, L&T, Bharti, Mahindra, etc. will acquire more projects, and corporate houses like Birla are gearing up for their maiden innings in real estate development. Institutional funding will increase.

Co-working spaces are popping up across Indian metros as well as tier-II cities, providing start-ups with flexible working options at affordable rents. At last count, there were more than 100 operators in this space across India, though there is still very limited supply of co-working spaces available. However, this segment is slowly but surely moving into boom mode across India, given the many advantages that such spaces offer:

4.     The sun rises on affordable housing

Affordable housing in India is finally set to get the much-coveted infrastructure status. One crore houses are to be built in rural India by 2019, and this vital segment will now see cheaper sources of finance – including external commercial borrowings (ECBs). Re-financing of housing loans by National Housing Banks (NHBs) can give a further boost to the sector.

A new Credit Linked Subsidy Scheme (CLSS) for the mid-income group with a provision of INR 1,000 crore in 2017-18 was announced even before Budget 2017-18. Extension of tenure of loans under the CLSS of Pradhan Mantri Awas Yojana (PMAY) was increased from 15 to 20 years, and the Budget also increased allocation to PMAY from INR 15,000 crore to INR 23,000 crore in the rural areas.

The qualifying criteria for affordable housing were also revised to 30 sqm and 60 sqm on carpet rather than saleable area in the four main metros and non-metros respectively. This effectively increases the size of affordable housing market across India. Moreover, the demonetization of high-value currency notes will cause land prices to ease in the next few years – especially in far-flung areas around Indian metros and the tier II and tier III cities. The Government’s dream of Housing for All by 2022 appears a lot more attainable now.

The first REIT listing is expected within the next few months, and prominent private equity funds such as Blackstone will likely be the first movers. REITs will attract institutional and smaller investors alike because of their inherent nature to provide regular dividends at relatively low risk.

Smaller investors are especially excited at this new and easier investment opportunity because:

a.     Indian REITs will prefer to invest in commercial space developments – specifically the highest quality or Grade-A properties – because of the higher rental yields in this asset class; and

b.     Only 20% of an Indian REIT’s monies can be invested in development, which is the riskiest aspect. The remaining 80% of a REIT’s assets must be invested in income-producing property.

The REIT potential in India is huge, with around 229 million sft of office space currently being REIT-compliant. Even if 50% of this space is listed in the next few years, we are looking at a total REIT listing worth USD 18.5 billion. Moreover, India’s stock of Grade A commercial assets is increasing, with REITs acting as a sure-fire growth catalyst.

6.     More industry consolidation on the cards

Slowing sales and lack of financial prudence among several developers is leading to a fairly obvious conclusion – consolidation. The overcrowded real estate sector is going to become a lot leaner and meaner, with consolidation happening by ways of joint developments and joint ventures between landowners and/or small developers with bigger, better-organized players, smaller developers being bought out by larger players, and struggling developers cashing in their land banks by selling them to players with stronger balance sheets and appetite for growth.

The pace at which this happens will depend on how much equity gets infused into the sector by the larger PE investors, and the strategy that foreign and domestic developers adopt. Some foreign developers have already entered the country, setting up base and obviously playing for keeps.

Some investors and developers will take plunge into the market now, while others will prefer to ride the fence for a while; but one way or the other, consolidation will be the name of the game for the Indian real estate industry over the next five years. Larger players will peak in strength by around 2021, and smaller players will be eroded. Equity investment – or the lack of it – will play a deciding role.

Tips on Investing in Rental Property