The old issue of illegal buildings in the country’s most space challenged city is more institutional than anything. A multi-pronged approach is a key condition to move towards a resolution.

While the provisions of the Real Estate Bill are commendable, a few more need to be added along with a more comprehensive spelling out of grey details.

The problem of illegal buildings in Mumbai – and their impact on the existence of Mumbai’s citizens and organisations, as well as its real estate market – is not a recent phenomenon. In fact, it is as old as the BMC itself. Whether they were the result of corruption and collusion or lack of vigilance of, the issue has always persisted in what is India’s financial capital, which is also the country’s most space-challenged city.

However, the issue of illegal buildings started intensifying from 1995 onward. This was when the BMC introduced a slew of new regulations pertaining to development control, FSI and TDR. What followed was a significant increase in violations such as consumption of excessive FSI, building being built higher than permitted, flouting of CRZ and air space regulations, and projects being built without environmental clearances. Yet another common violation is the illegal utilization of open spaces that must mandatorily be maintained around buildings.

Considering that the problem of illegal construction is rampant throughout Greater Mumbai as well as the Kalyan Dombivali belt, Thane and Ulhasnagar, it is impossible to define a focal point of highest incidence. What is certain is that the problem has been more or less been kept under control in Navi Mumbai, where CIDCO enforced strict norms on such matters. The rest of the city seems to have been, and continues to be, wide open to the rampant spread of illegal constructions.

The fallout of illegal buildings or constructions on the city is severe. In the first place, residents of such buildings face the constant risk of traumatic life disruption and displacement; as such buildings are liable to be identified

and illegal and consequently demolished without much notice. Also, since illegal additional constructions are not part of the original approved building plans, the entire project is effectively rendered structurally unsound. 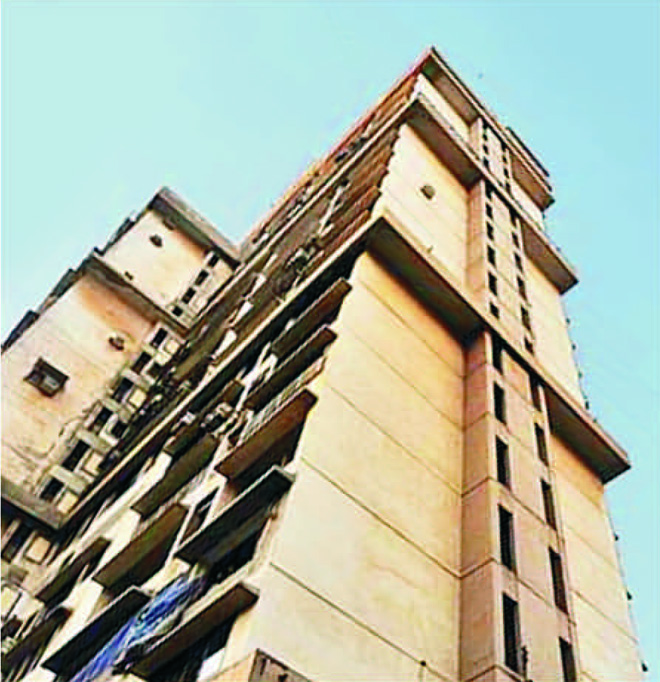 Because of huge shortage of FSI within Mumbai and its surroundings, illegal constructions are on an inexorable increase. When development clearances and increased FSI are not available, areas which are defined by huge demand for built-up spaces and no supply of new land parcels, illegal buildings are and will always be an unfortunate but logical consequence.

Also, property prices in buildings tend to be lower in illegally constructed buildings. In a city like Mumbai, where astronomically high property prices represent the greatest rift between people and homes, this factor plays a significant role in maintaining demand for any kind of available space.

A building’s overall legality can be verified by the availability of an occupation certificate and original drawings approved by the BMC. However, it is beyond a layperson’s capacity to verify whether the offered space lies within the approved part of a project or is an illegal extension.

Mumbai is not alone when it comes to the plague of illegal structures – most other Indian cities have their share of the problem as well. The notable exceptions are cities where development rules are more flexible and practical, or are enforced with greater strictness. Some of these cities are New Delhi, Hyderabad, Chandigarh and Bangalore. Ahmedabad, which earlier had major issues with FSI violations, clamped down seriously after the earthquake in 1991 and completely overhauled its regulation process. As a result, the incidence of illegal construction in Ahmedabad has reduced considerably.