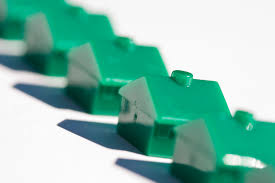 The launch of three schemes by Prime Minister Narendra Modi on Thursday, with the core objective of developing cities and towns as new engines of growth, has galvanised the entire real estate industry with prominent players welcoming the announcement whole-heartedly.

Geetamber Anand, President, Credai National, said “The Confederation of Real Estate Developers’ Associations of India (Credai) has congratulated the Prime Minister on the launch of the three schemes. In an official statement, the developers’ body said, “We extend our support towards these engines of India’s infrastructure growth.” The statement goes on to say, “To address the current urbanisation challenge, these schemes are a step in the right direction and the need of the hour is to bring a hold on sporadic development and look at the holistic picture and implement a focused plan of action.”
Credai has also applauded the PM’s observation that “the private sector has the vision to foresee areas of future growth in urban areas and put up homes there much before the civic agencies can provide infrastructure and that both efforts must smartly be synchronised to see successful urbanisation.” It also assured the PM that Credai members “are committed to changing the perception of our businesses in the minds of all stakeholders by performing together with the Government to achieve ‘Housing for All by 2022’”.

“The promise of acche din by the Government was not just a mere statement as now we see the momentum gaining pace,” said Deepak Kapoor, President Credai Western U.P. & Director, Gulshan Homz. In his reaction sent to Realty & More, Kapoor said, “Smart cities, Amrut and ‘Housing for All’ schemes will not only ensure a shelter to every household but will guarantee transformation of their lifestyles which is crucial to overall development of the country. With these schemes now launched, there will be an upsurge of job opportunities, sound infrastructure and basic civic setup for each city which is most significant for urbanisation to take place”.

David Walker, Managing Director of SARE Homes, said, “The launch of the Prime Minister’s three-pronged urban reforms drive will provide the much-needed fillip for infrastructure development across India. With investments of more than Rs 300,000 crore planned in the next five years under Amrut, ‘Housing for All’ and the Smart Cities Mission, it will provide a strong impetus for growth in more than 250 allied industries”

In Ajnara India CMD Ashok Gupta’s view, “Uttar Pradesh is one of the largest states of India with a major scope of development available here thus, 13 cities identified as smart cities and 54 cities for Amrut scheme will mean that UP will get the most out this Smart India mission. Overall, the plan looks very well laid down with proper distribution of funds.” 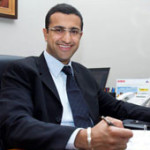 Kushagr Ansal, Director of Ansal Housing, told Realty & More, “The much- awaited dream of transforming India is finally turning into a reality. It is imperative to understand that these three projects are forming a hierarchy of necessity for our country. ‘Housing for All’ is the base, as it crucial to first make sure that everyone gets a roof over their head. In the middle will be the Amrut plan as, rejuvenation and urban transformation is a need to move further towards smart living and get over from basic living. Finally, the cities that already meet the basic requirement are now looked upon to be made ready for the next level infrastructure”.

“The plan to develop 100 smart and 500 Amrut cities will not succeed until the entire nation stands as one unit. The public private partnership model will best fit here as now there will be an immense requirement of quality infrastructure and smart facilities. The Indian real estate market which was experiencing a sluggish growth for many years now is greatly welcoming this move.” stated  Rupesh Gupta, Director, JM Housing.

Rajesh Goyal, Vice-President Credai Western UP & MD, RG Group, said, “The idea of spruce urban spaces through 100 smart cities and Amrut to adjust the burgeoning number of people have been pivotal to Modi’s visionary election manifesto from the beginning.” He added, “The FDI allured by these projects and efficient allocation and execution of the same can change the face of urban lifestyle in India.”

“Job opportunities for all, homes to everyone, smart features, better lifestyle, superior infrastructure, higher GDP, more FDI and increasing HDI will be a few common phenomenon that we will all witness in the upcoming five to seven years in India,” said Prithvi Raj Kasana, MD, Morpheus Group.

Praveen Tyagi, CMD, VVIP, stated, “The Amrut plan aims at urbanisation of 500 cities whereas the Smart Cities plan is targeted to enhance the quality of life of 100 identified cities and towns which will be confirmed by superior infrastructure, smart living through smart features, better services at disposal and a clean, green and much sustainable environment for the population. ‘Housing for All’ scheme will act as a perfect catalyst here by enhancing the purchasing power of EWS and LIG by reducing their burden through decreasing home loan amounts”. 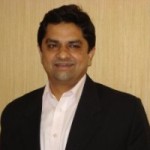 Tata Housing MD & CEO Brotin Banerjee, said, “Today has been a landmark day with the launch of the three urban renewal mission schemes.” In a statement sent to Realty & More, Banerjee said, “The culmination of these three schemes can accelerate the process of urban transformation up to a large extent. The devolution of decision-making to urban local bodies will result in greater ownership with the states. The competitive model for choosing smart cities may result in innovative solutions for urban challenges, with active participation from citizens and industries.”

RK Arora, Chairman, Supertech, said, “The Government’s decision to safeguard the right of citizens is considered to be a positive step for developing Nation like India. Proposal to launch three mega flagship schemes and building smart cities will help transforming urban India.” He added, “It’s a welcome opportunity for the private companies to work in partnership with the Government under PPP model to attain the Government aim of ‘Housing for All by 2022.”

Anil Kumar Sharma, CMD, Amrapali Group, said, “Smart Cities and Amrut are interlinked and ensure basic infrastructure. It is an appreciating decision to build around two crore houses for the urban poor as we know almost 40 per cent of population either lives in urban centres or depends on urban centres to make a living. All these steps taken by the Government show the vision to provide homes for all by 2022 which is in the direction to fill the huge gap between demand and supply.”

Dhirender Gaba, MD of Fairwealth Housing, said, “The aim of these key development projects is to enhance the standard of living of the country in true sense in terms of security, basic amenities, infrastructure and cleanliness. It also intends to empower women and the weaker sections of the society by fulfilling their dream of owning a house with the mission of ‘Housing to All by 2022.’

According to Rana Kapoor, President, Assocham and MD & CEO of Yes Bank, the Government is delivering on its promises of building ‘cities of the future’ and has taken a decisive step towards actualising the 100 Smart Cities initiative.” This will create a significant multiplier effect for over 250 core and ancillary sectors including infrastructure, logistics, modern retail and improved synergy between rural and urban centers,” he said.

Welcoming the launch of the three schemes, Jyotsna Suri, President of Ficci, said, “This is the beginning of a new urban India in the making.” She said the Prime Minister has emphasised the importance of cities and urban local bodies taking the lead in this process by planning and developing the cities as per the requirement while maintaining the characteristics of a city. “This is an extremely progressive step which will positively help in proper planning and development of our cities,” she added.

Prashant Tiwari, Chairman, Prateek Group said “We welcome the move by the PM and expect that implementation of this developmental idea will start soon. We are waiting for the clear guidelines behind this idea and expect that once the concept is clear to everyone the work will pick up pace. As it is based on PPP model, it is expected to get good result provided all the parties involved show good intent. And we believe because of the intensity of this programme, it will definitely turn out to be a good one for people, for economy and for country in general”.

Rajeev Talwar, Whole-Time Director, DLF Ltd. said, “The launch of three urban development-related schemes by the Prime Minister, Narendra Modi is a welcome step. A comprehensive policy on urban rejuvenation was overdue because cities have emerged as growth engines for our economy. They provide employment opportunities to migrating rural population and the move of the government will provide tremendous relief to this segment.
DLF is in sync with PM’s vision. Its Cyber City in Gurgaon is an example of ‘walk to work’ vision of our PM. In order to protect environment, we use clean fuel for power generation and have large capacity sewerage treatment plants (STPs) to avoid using ground water. We have also invested in developing infrastructure facilities such as Rapid Metro and a 16-lane Expressway with the state government. We are sure that PM’s vision is a comprehensive policy that would guide country’s development.

European switch-maker to set up design centre in the country

PM launches Amrut, smart cities and ‘Housing for All’ schemes