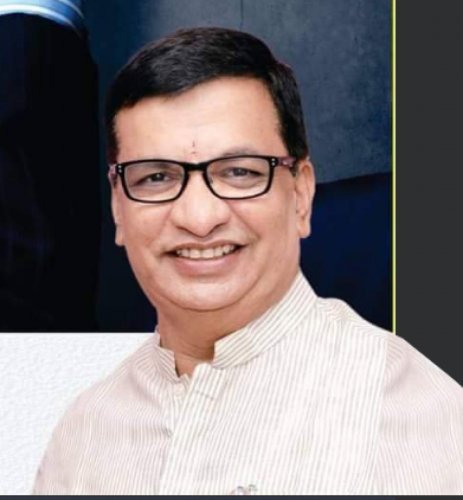 Mumbai, April 28, 2022: “Even when the financial condition of the state was not so conducive to kickstart the real estate sector, the state government for a limited period reduced the stamp duty to 3% initially, which was further brought down to 2%. This gave a huge boost to the real estate sector,” stated Balasaheb Thorat, Minister of Revenue, Govt. of Maharashtra at theinaugural speech of National Real Estate Development Council (NAREDCO), Maharashtra’s flagship event, The Real Estate Forum 2022.

Thorat also spoke about the role of the sector during the pandemic. “The real estate sector has played an important role in mobilising help during the difficult COVID-19 pandemic,” he said, adding, “With the opening up of the economy, the government decided to offer help and support to all sectors impacted by the pandemic. Several projects like the Mumbai metro, trans harbour line, Navi Mumbai airport and Samruddhi project which would benefit the common citizens were brought back in focus.” The State Revenue Minister also touched upon the topic of amnesty scheme and its significance. He said, “The amnesty scheme will help people pay the correct stamp duty as well as get a waiver on it. Under this scheme, people would be eligible for 90 percent of waiver of penalty in certain cases. This would also help generate revenue for government.”

Ajoy Mehta, Chairman, MahaRERA, who was the Guest of Honour at the event, elaborated on the future of regulation of real estate in Maharashtra. “The regulation begins from agreement of sale. It’s the most critical document as a regulator for us as it apportions the risk between the buyer and seller. That document decides the price, which is directly correlated to risk. Our role is to ensure apportionment of risk is fair to both. There should be transparency between the seller and the buyer,” he said, adding, “We have 32,000 projects registered in Maharashtra. It’s huge as you have almost 6,000 projects are getting registered every year. So the need to exercise regulatory on this and that is something we are starting in a big way soon.” He also spoke of his goals to achieve zero-litigation and regulatory approvals go online and on time.

Sandeep Runwal, President, NAREDCO Maharashtra & MD, Runwal Developers, applauded government’s initiatives like stamp duty reduction and concession premium reduction that have put the industry back on track. He said, “Real estate industry has grown through a lot of issues right from demonetization to GST implementation. However, if 2010 was the year of builders, I see 2030 as a decade that will be consumer centric.  It’s going be a decade of real estate as we are seeing huge investment coming in as well as new construction techniques. Collaboration with government will be very important.”

Rajan Bandelkar, President, NAREDCO, Director, Raunak Group lauded MahaRERA’sorder of Conciliation Forum. He added, “During the time of COVID, the government has provided oxygen for the people. In the same way, the Maharashtra government provided oxygen to the real estate industry by reducing Stamp Duty. My humble request is to repeat the same thing and provide oxygen to the industry again.”

Dr Niranjan Hiranandani, Vice Chairman, NAREDCO & Co-founder, Hiranandani Group appreciated the role of the government as well as MahaRERA, which he believes will be instrumental in the changing the face of Mumbai and Maharashtra region.“The development, which we are seeing in terms of metro, railway expansion and the new airport at Navi Mumbai, will change the face of Mumbai, in fact the entire region of Maharashtra. I am sure these initiatives will open up opportunities for the industry to grow as well as be responsible,” he said.

Abhay Chandak, Secretary, NAREDCO Maharashtra & Promoter, Chandak Group, summed up the future of real estate sector in his address, when he said, “Real estate sector is showing great recovery thanks to historic decisions taken by the Government of Maharashtra. Further, COVID has also led to revolutionary changes in the functioning of the society and digital has become the new norm. With so many changes, the real estate sector needs to also go through reimagination, reinvention and revolution.”

The inaugural session came to an end with a vote of thanks by Venkatesh Gopalakrishnan, Vice President, NAREDCO Maharashtra, CEO, Shapoorji Pallonji Real Estate. A research report by NAREDCO and JLL, titled ‘Reimagining, Reinventing and Redefining Real Estate 2030’, was also launched at the event, which had JLL as a knowledge partner.