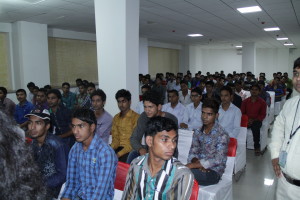 Following an MoU between Amrapali Group and Mewar University, an orientation session was conducted on Monday in which more than 105 Civil Engineering diploma students participated.

A safety induction and an academic kit, including an exhaustive manual, were handed over to the students. According to a press release, the students were enthusiastic about the training that is to follow.

Amrapli Group, under its Training & Development wing, has ventured into training the young India and skilling the unskilled youth. The idea is to make each one of them self-reliant and employable.