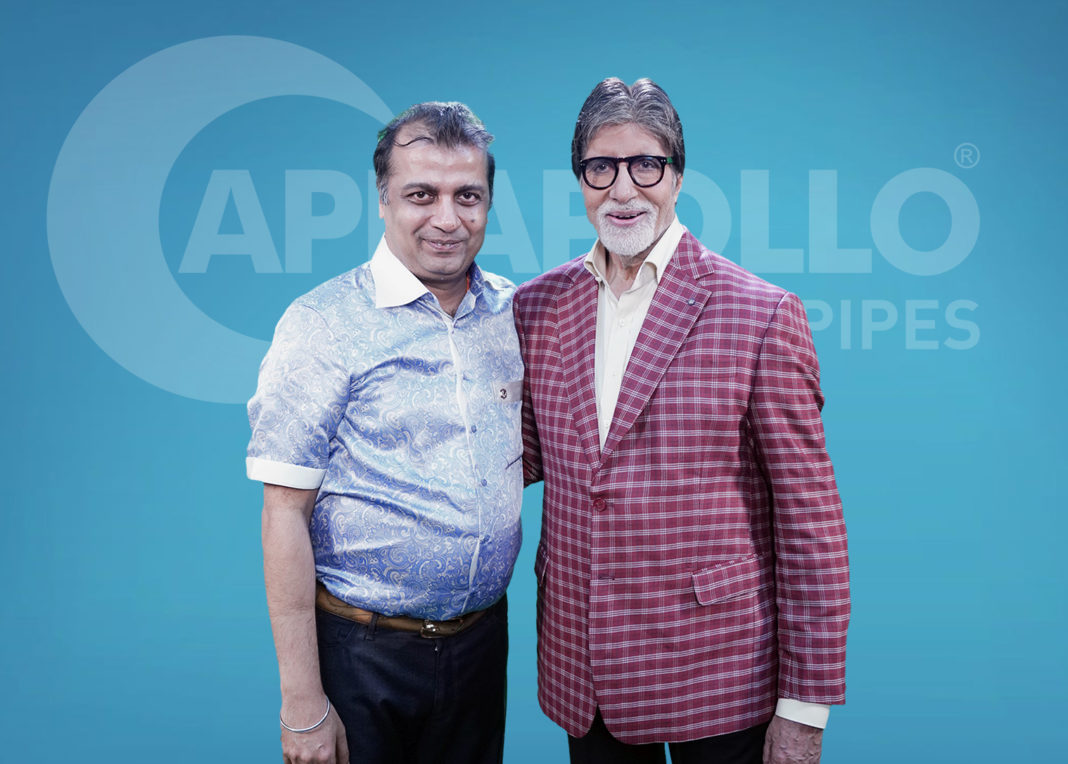 The association with megastar Amitabh Bachchan will help APL Apollo further widen its brand appeal and strengthen its brand recognition and reach in the country.

Already APL Apollo has launched its new TVC featuring Amitabh Bacchan in a star-studded event “Steel for Green” held in the capital recently. The new TVC is being aired on all the prominent national and regional channels.

Commenting on this announcement, Mr. Sanjay Gupta, CMD, APL Apollo said, “We take pride in announcing that now legendary star Amitabh Bachchan is another added Jewel to our crown. We believe he encapsulates all the qualities that APL Apollo stands for, and so this association will enable us to reach out to far more consumers domestically.”

Reiterating the importance of steel pipes in everyday life, megastar Amitabh Bachchan said, “Whether it is happiness, success, or being eco-friendly steel pipes form a major component of our homes. With this vision ensconced in their extensive product-portfolio, APL Apollo has portrayed the strength of steel pipes in a true sense as inherent strength of the country. Also being the endorser for a brand it has always been my top priority to be sure of what I’m communicating is acceptable, likable and believable. The TVC has beautifully captured the message, highlighting the core communication that the brand conveys.’’

The longevity and proven success of actor Amitabh Bachchan has made him a symbol of trust-worthiness which will also help brand APL Apollo in maintaining its dominant position in the market. With his massive fan-following and recognition in the domestic and international markets, APL Apollo hopes to further widen its brand appeal and strengthen its brand recognition and reach in the country.

Further, the brand is looking to strengthen its pan-India presence on the back of the growing popularity of its state-of-the-art product range. As per the plans, APL Apollo is in the process of launching several new products in the coming months. APL Apollo is the first ever company to move from commoditized products to branded products particularly in steel pipes segment. APL Apollo is constantly moving up the ladder with its strong pan-India network of fabricators and dealers.

Amidst concerns over high debt of the overall residential realty sector, ability of large players to reduce leverage levels stands out: ICRA