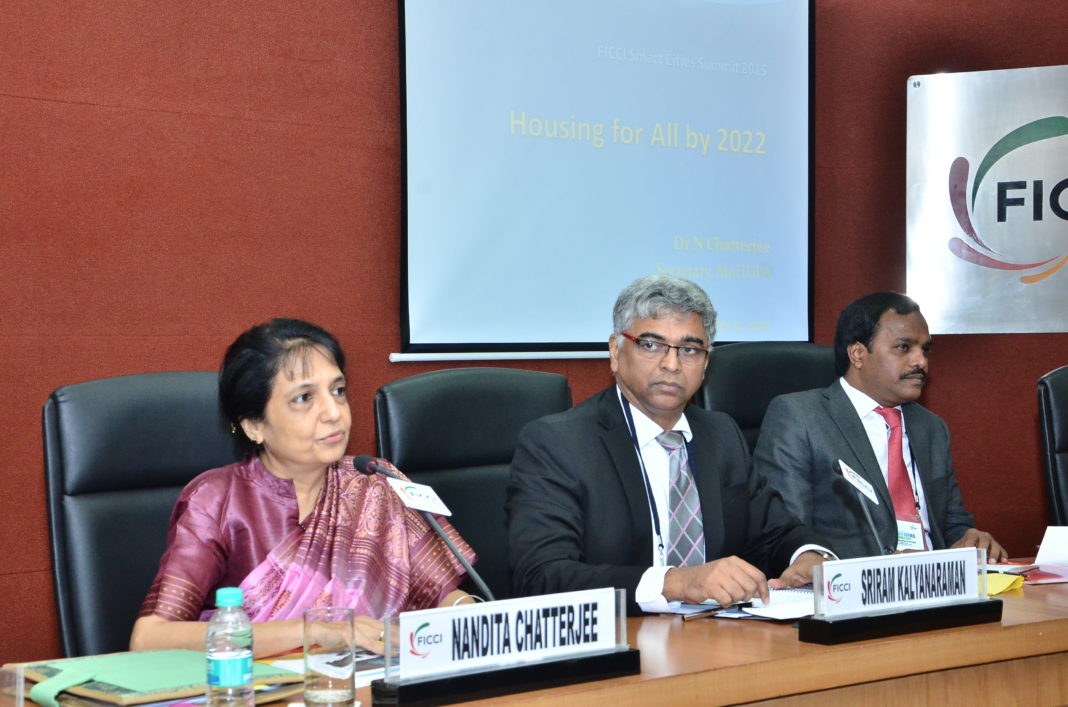 The Government is streamlining approval procedures for housing projects by delegating powers to local bodies and adopting a consultative process at the national level. For making land available for housing projects, states were being pursued to create land banks and Central ministries urged to release land in cities in exchange of other lands elsewhere.

This was stated in New Delhi on Friday by Dr. Nandita Chatterjee, Secretary, Ministry of Housing and Urban Poverty Alleviation, while speaking on ‘Housing for All by 2022’, at the Ficci Smart Cities Summit 2015.

Responding to Ficci’s recommendations for revisiting existing tax systems and lowering tax rate, Dr. Chatterjee said efforts were on to rationalise taxation on affordable housing and states were being asked to prepare affordable housing policies with specific incentives including tax exemption and lower tax rates.

Elaborating on the recently-launched, Pradhan Mantri Awas Yojana (PMAY) – Housing for All (Urban), Ms. Chatterjee, said that at the slum decadal growth rate of 34 per cent, the slum households are projected to go up to 18 million. Two million non-slum urban poor households are proposed to be covered under the Mission. Hence, total housing shortage envisaged to be addressed through the new mission is 20 million. The Mission will be implemented during 2015-2022 and will provide central assistance to Urban Local Bodies (ULBs) and other implementing agencies.