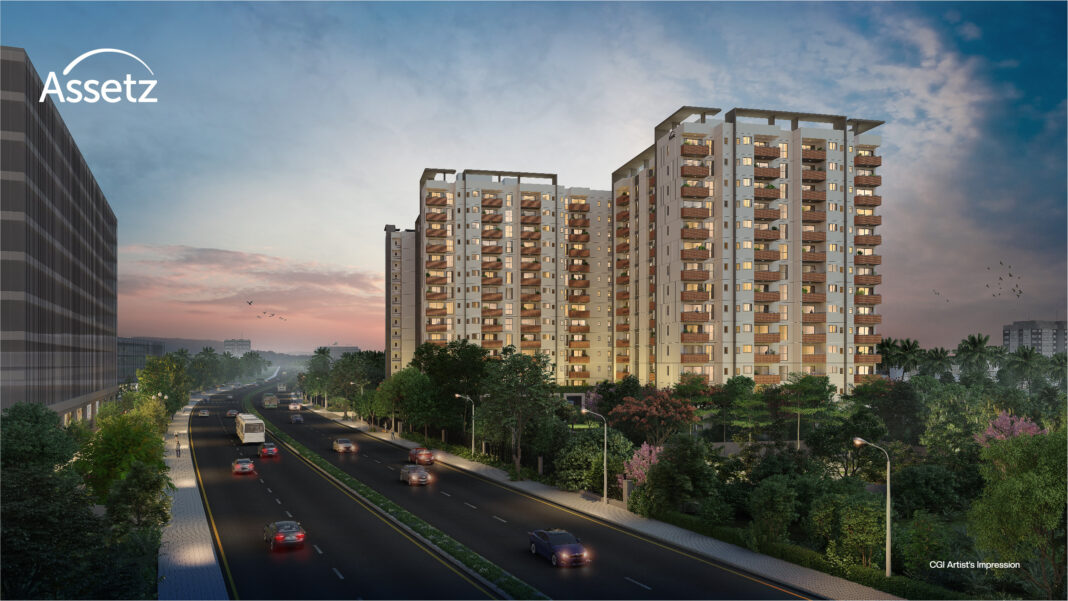 Bengaluru, May 11, 2022: Assetz Property Group, announced the launch of Assetz Soho & Sky, a luxury housing project, near Hebbal in Bengaluru. Assetz Soho & Sky offers 234 3 and 4 BHK apartments ranging from 2015 sq. ft. to 2799 sq. ft. A press release issued by the company says that with 75% open space and 68% green space, the project is spread over 4.5 acres of land.

The residences at the project are priced at Rs. 1.91 crore onwards and is expected to be ready for possession September 2026.

Speaking at the launch, Rohit Cariappa, Director of Sales, Assetz Property Group said, “Soho district in New York is known for its distinctive architectural style which is being replicated here at Soho & Sky. From sharp structures defining the elevation, its earthy hues offering a unique counterbalance, we are recreating the architectural elegance of Soho here in Bengaluru..”