While Gurgaon records a slight increase as of 2Q16, Noida sees a decent rise but on a lower base 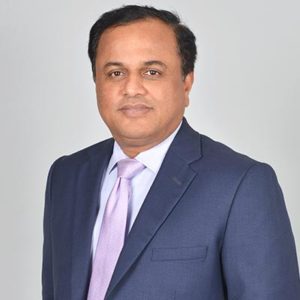 Gross rentals in the Delhi-NCR market remained static in 1H16 compared to 1H15. At INR 77 per sq ft per month (on a stock-weighted basis), the third largest office market in India – in terms of stock – showed no appreciation in city-level average rents. Among micro-markets, Gurgaon and Noida saw a marginal rise in rentals with average rents increasing to INR 75 in Gurgaon, and INR 43 (as of 2Q16) in Noida, clocking a y-o-y increase of 1% and 5% respectively.

The relatively affordable rents in both Noida and Gurgaon micro-markets make them maintain their attractiveness for IT/ ITeS players. The profile of tenants has changed in recent years, however, in certain precincts of these micro-markets such as Cyber City, where rents are inching closer to triple digits. From being back offices with strict dependence on cost arbitrage, the tenant profile now includes consulting, high-tech engineering and design firms. Presence of non-IT companies in such traditional IT holdouts has also increased.

Overall, the prominent office occupiers in the city and suburbs belong to sectors like technology, banking, pharmaceutical, real estate & construction, transport, consumer goods and professional services. The concentration of banking and financial institutions is higher in the central business district (CBD) and secondary business district (SBD) whereas many new age sectors and corporate occupiers prefer younger office buildings in Gurgaon and Noida.

In terms of having the most grade-A office stock, Gurgaon micro-market leads the way followed by Noida and SBD. Delhi city has limited grade-A supply. The emergence of Gurgaon and Noida as key office corridors was largely due to lack of adequate land limiting the development potential in Delhi city. Also, the main city of Delhi has often seen developers employ the strata sale model while lease model is more prevalent in the suburban locations, which makes the latter more attractive to large occupiers.

Let’s do our bit for environment

Energy Efficiency through Smart Solutions – The Future for Sustained Living