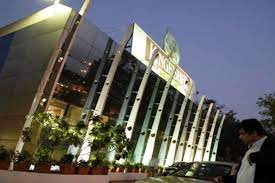 Having failed once to sell the Kingfisher House for recovering their loans, banks have begun a fresh valuation process for auctioning the headquarters of the Vijay Mallya’s long defunct Kingfisher Airlines, according to a report filed by news agency PTI.

“A revaluation process has begun and will be over by the next week. The property will put on the block again at the earliest,” a source said.

The Kingfisher House has a built-up area of over 17,000 sqft and is located in plush Vile Parle area near domestic airport here.

In March, the 17-banks consortium, led by SBI, had tried to sell the property in a bid to recover a part of their dues, which have run up to over Rs 9,000 crore.

The auction was a flop show as no bidders came forward, citing high reserve price which was pegged at Rs 150 crore for the March 17 auction.

The lenders had taken over the Kingfisher House in February, 2015 after a long court battle under the Securitisation and Reconstruction of Financial Assets and Enforcement of Security Interest (SARFAESI) Act.

Last week, the lenders had tried to auction the airline’s brands and trademarks but it also turned out to be a damp squib as bidders, in this case too, found the reserve price of Rs 366.70 crore very high.

The lenders had put on sale the brand Kingfisher, including the trademarks such as famed tagline Fly the Good Times, the Kingfisher logo, Flying Models, Funliner, Fly Kingfisher and Flying Bird Device.

The brand Kingfisher was valued at over Rs 4,000 crore by Grant Thornton when the carrier was at its peak being the biggest and the toniest, and was pledged with the lenders in 2011, as collateral for additional loans.

The lenders may also review the reserve price of the brand Kingfisher.