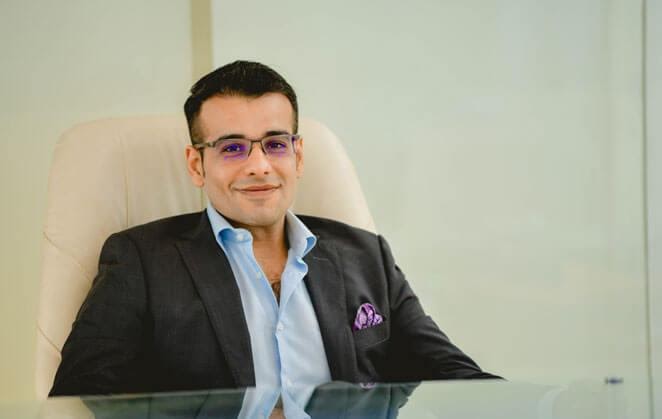 Bhutani Group, well known for its flagship project Alphathum, has come up with ‘Mission Property Rescue’, an innovative scheme to bail out buyers, investors and developers of stuck buyers. The scheme, which is applicable pan-India, has elicited “unbelievable” response, according to Bhutani Group CEO Ashish Bhutani. In a long conversation with Realty & More Editor Palash Roy, the young and dynamic corporate leader explained details of the scheme, how it pans out and the various benefits it ensues to various stakeholders.

The following is the text of the conversation with Bhutani:

Palash Roy: Tell me what’s new in the company?

Ashish Bhutani: We have recently launched Mission Property Rescue. Today there are some clients and investors who are stuck in some way or the other. Some have done investments which have not been delivered and there are also those which have been delivered but there is no return on them. Either their maintenance charges are going up or some other expenses are piling up. Mission Rescue is for them only.

There are some developers who we have pre-sanctioned. One can shift their investment in Bhutani Group. Apart from that there are also properties that are delivered, regardless of wherever they are in any part of the country. We do their retention, or in some words exchanging that property.

Why this is Important is, people’s sentiment is negative today. They have invested their life’s earning in property and if it is not delivered, their trust in real estate as an investment is lost. To turn this sentiment positive, a few developers like us have joined hands and come up with something which can turn the market positive.

PR: What is the economics of this? How is it going to be viable for you economically?

AB: Suppose, there’s a developer who at a particular site has sold various units to 100 people; 50-lakh units to some, 10-lakh to some, 12 and 14-lakh to some. But now, these people are not willing to pay. The builder is stuck. His inventory was 100 units only and it is sold. It can’t be sold again. He can’t do construction also.  So, what we have proposed is consolidate all these 110 units into one or two units, put in all the money there and we’ll shift them into our project. Suppose, this becomes seven, eight or nine fully paid-up units, we can sell these further. The developer gains by selling rest of the units to a construction company. So, this is a win-win scenario for everyone

PR: Which means those projects are not stuck. They are stuck only because the balance payment is not coming from the buyers.

AB: Absolutely true! This will revive 70 per cent of the stuck projects in the market.

PR: When did you launch this?

AB: This was launched three weeks ago

PR: And how has the response been so far?

AB: Unbelievable! Amazing! Lot of people, even developers, are now coming up and forming consortiums and trying to sort the problems. This, I think, at least for Noida to begin with, will be very nice and would clear many problems that Noida people are facing that the investors are facing and the developers are facing.

PR: Is there a channel partner for you for this?

AB: There are very good channel partners who are associated with us.