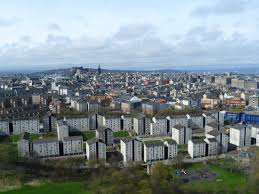 The Union Cabinet on Wednesday gave its approval to the ‘Housing for All by 2022’ scheme for slum rehabilitation in urban areas.

He added that it “envisages interest subsidy of 6.5 percent on housing loans availed upto a tenure of 15 years for economically weaker section and low income group categories”.

It’s worth recalling that in an exclusive interview in the April issue of Realty & More, Housing Secretary Dr Nandita Chatterjee had said that broad guidelines for the ‘Housing for All’ scheme would be announced “in another one or two months or maybe a more than that.”,

Central assistance at the rate of Rs.1.5 lakh per house for EWS category will be provided under the Affordable Housing in Partnership and Beneficiary-led individual house construction or enhancement. State governments or entities like housing boards can take up project of affordable housing to avail the Central Government grant.

Realty sector lauds Govt nod to ‘Housing for All’