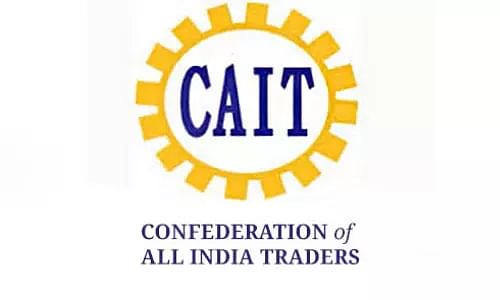 New Delhi, 17 May 2017: The Confederation of All India Traders (CAIT), national traders’ body, urges Union Finance Minister Mr. Arun Jaitley to make categorical announcement for country-wide implementation of Goods & Service Tax (GST) starting July 01, 2017. Any more deferment of GST will defuse the sanctity and importance of one of the largest indirect taxation reform in the Country. However, the CAIT has also said that period between 1st July to 21st March,2018 should be treated as a trial period and no penal action should be levied against traders except for habitual offenders.

CAIT National President Mr. B. C. Bhartia & Secretary General Mr. Praveen Khandelwal in a joint statement released here today said, “Though GST is stated to be implemented by 1st July,2017 but still large group of traders across country needs to be educated and empowered with basic fundamentals of GST. On the other hand large number of small businesses are yet to adopt computerisation and digital technologies for flawless compliance of proposed GST tax regime. Also, government is yet to finalise rules on various relevant sections and in the wake of such a scenario, it will be appropriate if first nine months following 1st July,2017 may be declared as trial period for GST. Meanwhile, the trial implementation of processes would be an opportunity for non-corporate sector to report realistic concerns and issues while adhering to GST and rectification of these in books would be easier post complete knowledge and learning.

Both added, “Postponing GST implementation to 1st September 2017 will pose various accounting challenges since as per GST Act passed by the Parliament, this has to be implemented before 16th September,2017. Also, further extension of deadline will be a mid-date on which neither the quarter is ending nor the month. The traders will be under obligation to maintain two sets of accounting in a year which will be an onerous and cumbersome task putting trading community to extensive deprivation”.

Trade leaders have also suggested that for ensuring smooth transition from current VAT regime to GST, the Government should constitute a Working Group with senior officials and representative of stakeholders both at Centre and State level for greater inter-action and seamless implementation of GST tax regime, which lacks currently.

Taking its commitment towards fast track adoption of digital payments by the trading community to the next level, CAIT has already launched awareness campaigns under which workshops are planned to be held in a number of cities across the country. To enable small enterprises realise the benefits of digitalisation and adopt technology at a fast pace 6 Zonal Conferences will be held at New Delhi, Mumbai, Kolkata, Nagpur, Banglore & Guwahati followed by State level Conferences in each State.

The campaign will include market camps, seminars and workshops to be organised in close vicinity of small traders by Master Trainers being trained by CAIT in association with its partners. CAIT has also launched Digi Varta national campaign with a special feature a  “DIGITAL RATH” to be continuously driven through various geographies of the country to educate and empower small business and the trading community on enhanced adoption of digital payments. The mega initiative will also help traders’ transition towards the GST regime. Besides trading community, CAIT has also aimed to reach out to the farmers, transporters, hawkers, small and medium enterprises, consumers, women entrepreneurs and self-employed groups, among other sections. Obviously, this campaign by CAIT is in line with the prime minister’s efforts for converting the Indian economy into a cashless economy.