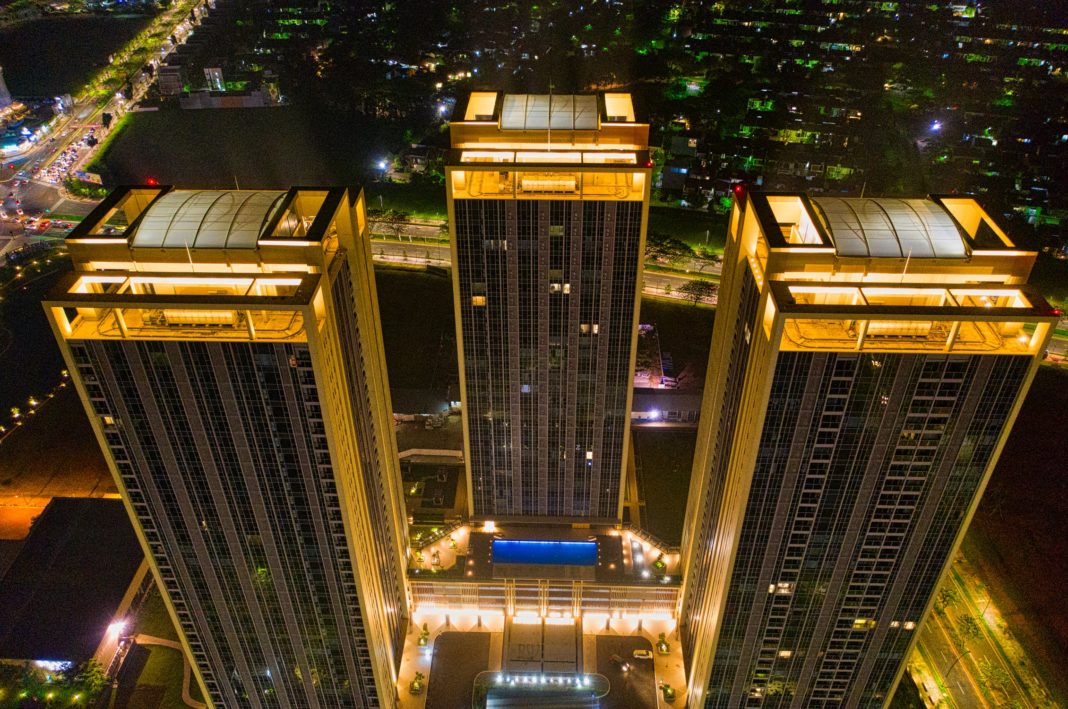 Luxury housing in South-central Mumbai is rarely out of the news. Mumbai’s legendary playing ground of Bollywood celebrities and high-flying business tycoons has been a constant magnet for HNIs and UHNIs from both within the city and beyond, and everyone from start-up founders to C-Suite professionals has an inherent yen to live here.

While the demand for luxury homes in South-central Mumbai is beyond dispute and its real estate landscape has certainly evolved over the last decade, the availability of land parcels in some of its micro-markets has led to large-scale development of luxury homes and commercial spaces.

This trend is likely to persist in the coming years and we will see more real estate development replacing old structures and buildings. As of today, micro-markets in south-central Mumbai have emerged home to some of the biggest and most prestigious luxury housing projects in the city.

Micro markets such as Worli, Prabhadevi, Mahalaxmi, Tardeo and Lower Parel, among others in south-central Mumbai are considered the new luxury housing destinations for industrialists, business honchos, sports personalities and celebrities.

Due to the high aspirational value of a home in these areas, buyers pay considerable premiums on properties here – both on account of the snob value and the lifestyle amenities provided by developments in this micro-market.

However, developers may have been a little too enthusiastic in unleashing supply to cater to this nouveau-riche demand.

As per ANAROCK data, for properties priced above INR 4 Cr onwards, the entire MMR saw a new supply of nearly 27,000 units between 2013 to Q1 2019. Of this, South-central Mumbai localities alone added a whopping 22,000 units – comprising 81% overall share.

Grappling with various issues including skyrocketing prices and a demand-supply mismatch, the south-central Mumbai real estate market now urgently needs to clear its total unsold stock of nearly 11,000 units – exactly half the stock launched since 2013.

Despite high demand, one of the possible reasons for slow sales here is the large sizes of properties. On deep-diving, it emerges that among all ultra-luxury properties launched in the entire MMR, there are significant differences in the minimum and maximum sizes of properties between those in south-central micro-markets and other prominent luxury hotspots such as Khar, Ville Parle, Bandra, Sion, Santa Cruz etc.

Size-segmentation of Unsold stock (of 11,000 units) in south-central Mumbai 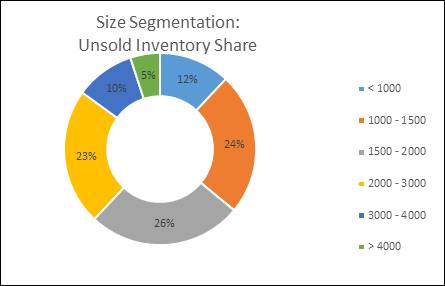 For instance, property sizes of flats in south-central Mumbai localities start at as low as 800 sq. ft. carpet area and go all the way up to 4,500 sq. ft. In other localities, the minimum carpet area is 1,150 sq. ft. while the maximum is around 3,500 sq. ft.

The overall ticket sizes in south-central localities skyrocket to over INR 80 crore, against INR 15 crore in other luxury areas.

For this reason, many buyers who are interested in these south-central localities would find large-sizes apartments beyond their actual requirements; not only are the prices too high, but the maintenance charges are too. Builders with substantial unsold stock of large-sized homes in south-central Mumbai are certainly in a bind because of this mismatch.

The overall decrease in supply – there has been a 52% decline in unit launches from 2013 to Q1 2019 – indicates that developers want to ofﬂoad existing inventory and complete projects instead of adding new supply. However, the south-central Mumbai luxury market is characterized by a rather unique aspect of its oversupply – most of it hit the market almost simultaneously.

Had the supply been more staggered, absorption could certainly have been healthier. In an effort to maximize FSI and TDR, many builders have come up with high-rises in areas such as Lower Parel, leading to a glut of luxury apartments. Demand is gradually returning, and developers are re-sizing and re-pricing their luxury property offerings, allowing ticket sizes of some luxury properties to be recalibrated downward.

However, the current fact is that buyers focused on south-central Mumbai are spoiled for choice due to multiple options, and the gestation cycle for the sale of luxury projects has increased. On average, it takes at least one to two years for properties in these localities to sell. With fewer takers, too much supply and property prices that remain astronomically high even after downward revisions, the unsold inventory in this part of Mumbai will obviously take much longer to clear than that in less tony areas.

The south-central Mumbai luxury ethos is also creating spill-over demand in adjoining core areas. The launch of luxury projects in central micro markets of Khar, Sion, Parel and Goregaon reinstates the fact that new areas with similar aspiration appeal but more realistic prices have emerged. With the increase in preference for completed projects, the pace of execution of ongoing projects has also gone up.

Can more green spaces save the day for South Mumbai?

Recently, the BMC has made room for the development of large parks and open spaces in south Mumbai area wherein it permits citizen groups, NGOs and private organizations to maintain open spaces, playgrounds, and recreational spaces. This can result in more green spaces in south-central Mumbai and thus improve the quality of life it offers in many areas.

The contemporary Mumbaikar’s strongest yen is for green, open lung spaces in a city crammed with high-rise heat islands. The ‘green’ factor, if it sees the light of day, can help south-central Mumbai builders shed more inventory.

However, they also need to consider the fact that a lot of the most recent demand in south-central Mumbai comes from well-heeled end-users rather than speculative investors. This fact calls for a change of game-plan – rather than premium sea-facing properties, these buyers look for luxury options with high-end amenities such as designer interiors and concierge services.