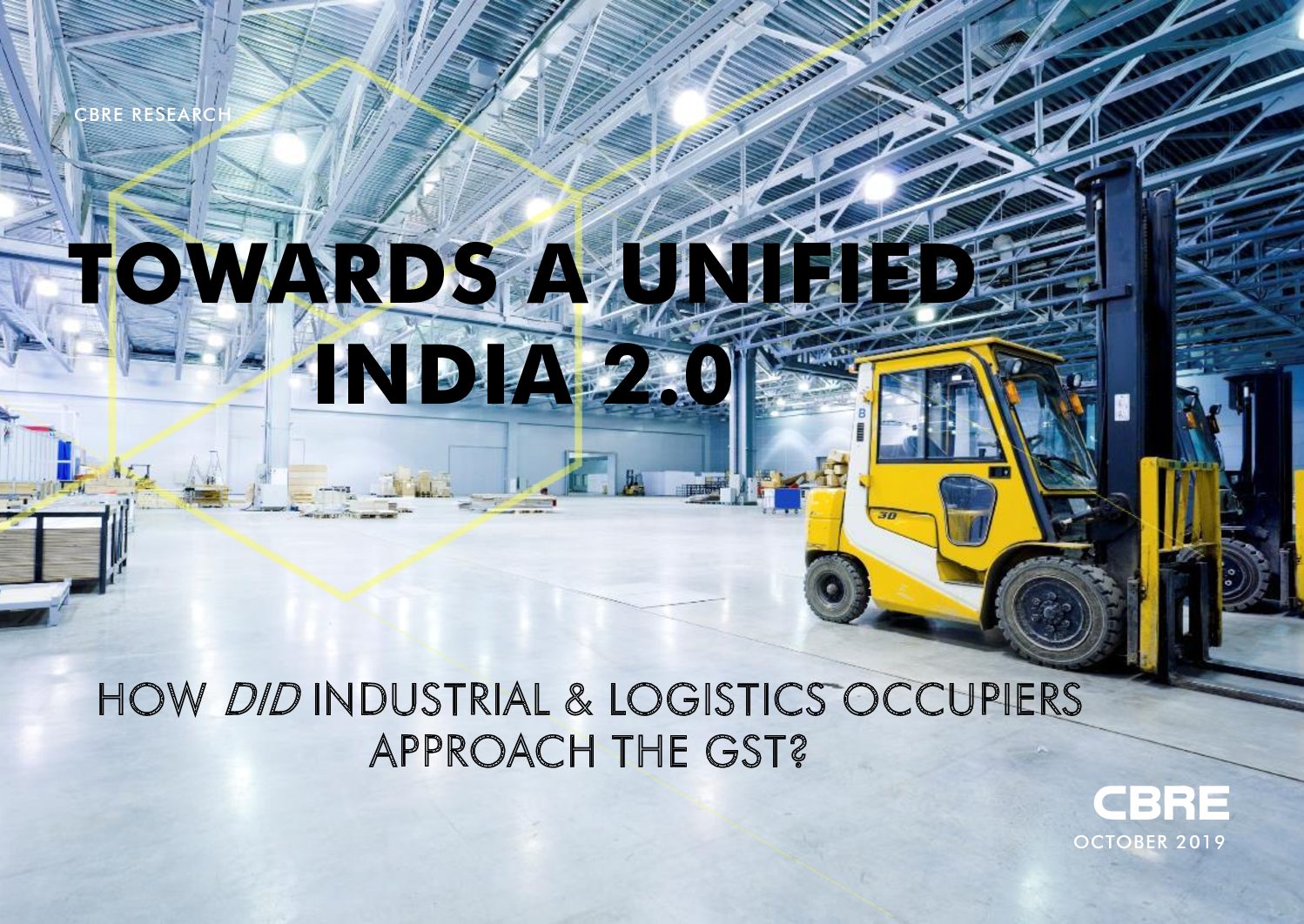 New Delhi, 15th, October 2019: CBRE South Asia Pvt. Ltd, India’s leading real estate consulting firm, today announced the findings of its latest survey titled “Towards a Unified India 2.0: How did Warehousing Occupiers approach the GST?”. The results of this year’s survey highlight how well occupiers have adjusted to the new tax regime and what is really driving the sudden growth of the Industrial and Logistics sector (I&L) in India.

Anshuman Magazine, Chairman & CEO – India, Southeast Asia, Middle East & Africa, CBRE said, “The logistics sector in India is headed towards transformative growth. The permeation of technology in operations, innovative business models & strategies, improving supply chain efficiencies, augmented warehousing demands, varied funding avenues, favorable government policies, geographical expansions into tier II and III cities are together playing an instrumental role in preparing the sector for the next phase of development. Given the fundamental shifts across the I&L sector in just two years, coupled with increasing demand for quality space, developers are more likely to build compliant, large-sized spaces. We estimate that the rising interest of prominent players is likely to result in the country’s warehousing stock touch 500 million sq. ft. by 2030.”

Jasmine Singh, Nation Head– Industrial & Logistics Services & Senior Executive Director Advisory & Transactions Services, CBRE India, said, “This survey seeks to assist investors, asset managers, and developers in gaining a deeper understanding of the occupiers’ current and future requirements in the post-GST era. It aims to aid occupiers to gauge key trends in the market and make better decisions. It will also help the entire I&L industry to map how all stakeholders are responding to the GST.”

“Towards a Unified India 2.0: How did Warehousing Occupiers approach the GST?”, the second report looks closely at the impact of the new tax regime across the entire lifecycle of a warehouse.  Enclosed below are some excerpts of how the new taxation regime has affected the I&L sector at every step:

What’s next for the I&L sector in India:  The Eleven Commandments

Over the past two years, both occupiers and developers have been able to realign business strategies to optimize costs and supply chain efficiencies. Given the radical shifts across the I&L sector in just two years, this CBRE report expects that the following trends would occur going forward:

Over half of unsold flats in Noida, Greater Noida, Gurugram in affordable category: PropTiger