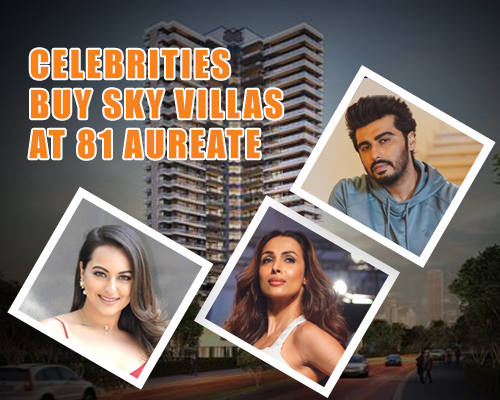 According to a press release, ‘81 Aureate’ is an internationally designed tower keeping the elite and discerning in mind. It offers ultra-luxurious sky villas with extravagant lifestyle features, and breathtaking views of the Bandra-Worli Sea Link, sparkling Arabian Sea and Mumbai’s glittering skyline, said the release.

The project has received an overwhelming response from the film industry, industrialists, media barons, developers, medical fraternity and movers and shakers of industry, added the release.

‘81 Aureate’ is a 26-storey project which has 10 high-speed elevators with four personalised sea-facing capsule elevators with biometric security for each sky villa. In all, the project consists of 81 sky villas.