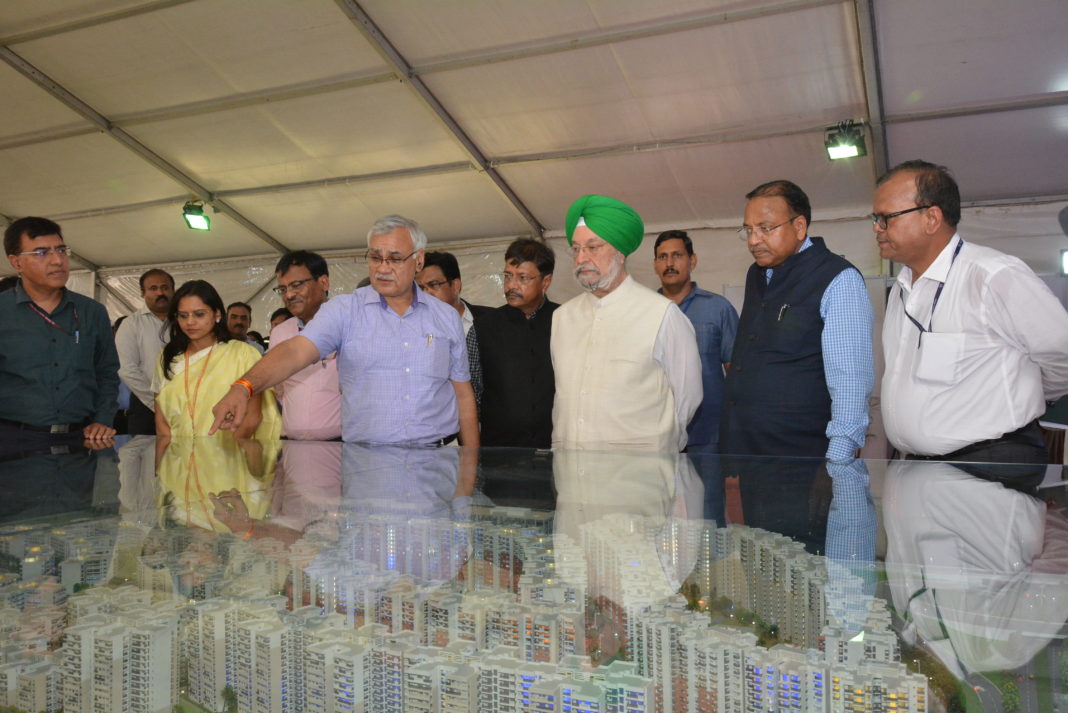 NBCC (India) Limited is the implementing agency for this redevelopment project which was approved in June 2012 from the Union Cabinet. This project has been undertaken on Self-Revenue Generation Model through leasing of office spaces to government departments, public sector undertakings and public sector banks.

Shri Hardeep Singh Puri said, “Such buildings made by using green and sustainable technologies will lead to better quality of life and environmental rejuvenation. I congratulate NBCC for having executed the project in a speedy manner.”

The East Kidwai Nagar complex will be maintained by NBCC for the next 30 years.

Out of 78 residential towers, 58 have been completed. The remaining towers will be completed by December 2018. It is a 3-star GRIHA-rated project with green features like a sewage treatment plant. The treated water will be used for horticulture and flushing. The solid waste management plant will make compost for horticulture within the campus. As part of the project, a 2.5 MW solar power unit is also being set up which will be connected to the NDMC grid.

The project also has social infrastructure amenities with a built-up area of 0.60 lakh square metres and comprise a senior secondary school of the Delhi Government and of NDMC, a local shopping complex with 230 shops and banquet hall which were inaugurated on October 5, 2016