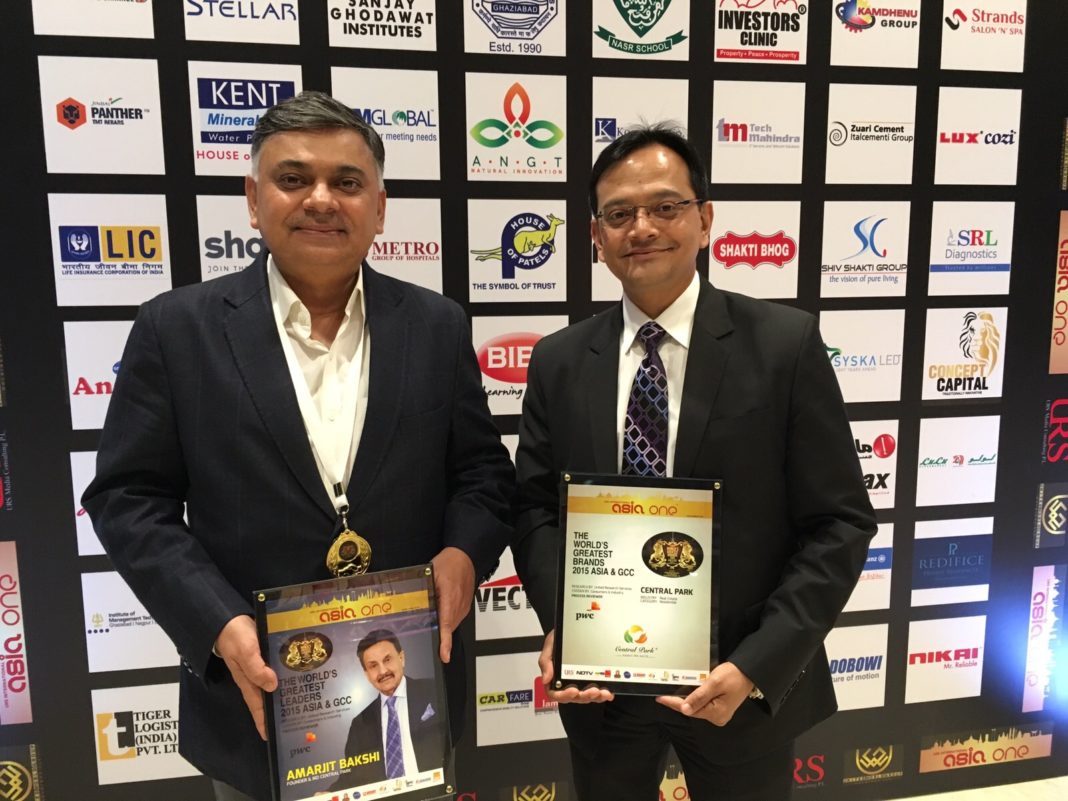 Luxury real estate brand Central Park and Its founder Amarjit Bakshi were honoured as ‘The World’s Greatest Brand’and ‘Leader 2015-Asia’ by famous actress and theatre personality Kalki Koechlin and Sheikh Jamal Al Sharif at a summit in Dubai on December 12.

According to a press release issued by the company, the two-day summit was organised to celebrate 44 years of UAE National Day and focused on how India- UAE relations are developing across fields. It also showcased Indian community in the UAE and Indians contributing to the growth of both countries.

The release said The World’s Greatest Brands & Leaders 2015 – Asia & GCC is poised to be the biggest multi-industry research-based project where 150 brands from across 16 industries and 12 countries of Asia and Arabia, and 100 Leaders from business were felicitated.

On the occasion, Amarjit Bakshi said “Winning this prestigious award is a way of recognising and appreciating the valuable contribution we have made to the real estate sector.” He added that the efforts of his team have culminated in bringing these awards to Central Park Gurgaon.

Credai conclave concludes with some breakthroughs

YEIDA draw for plots on Jan 1