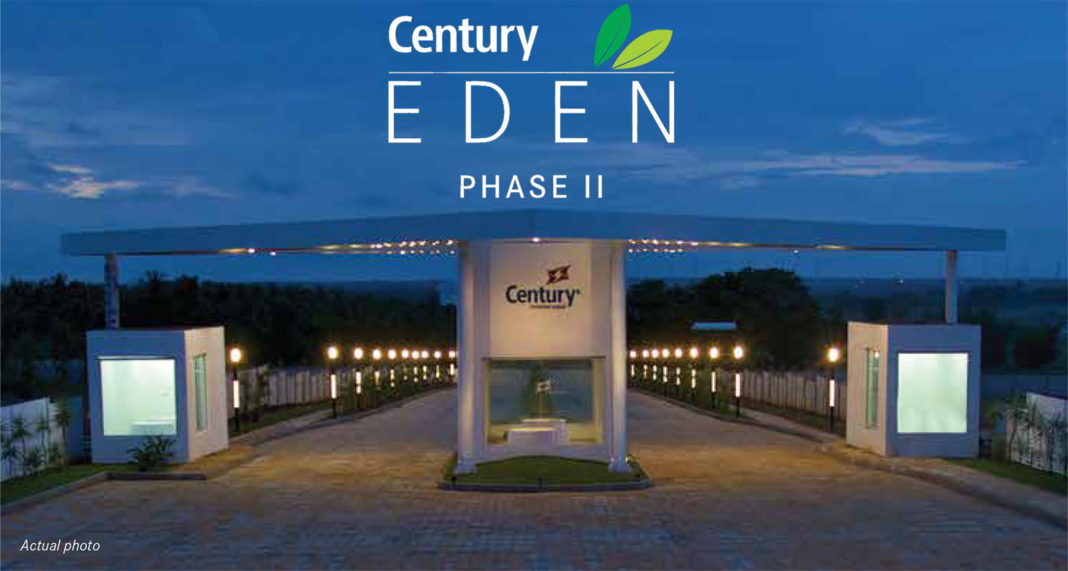 Bengaluru-based Century Real Estate successfully concluded an event to mark the unveiling of a club house and other recreational amenities at their plotted development project, Century Eden.

Speaking at the event, Pradeep Rao, Assistant Vice-President, Strategy, Century Real Estate, said, “Every homebuyer purchases a plot or an apartment with a vision for their future life. We wanted to give our clients the opportunity to come and envisage for themselves the community they will be living in, and the peaceful lifestyle they can expect. At the same time, their safety and well-being was our top priority. We were beyond pleased to see the enthusiastic turnout of our customers. It is no surprise that Phase-2 of Century Eden is now almost sold out despite the pandemic.”

Century Eden is a premium plotted development by Century Real Estate, situated on Yelahanka-Doddaballapur Road. With Phase-1 completed and ready-to-build, the project has successfully launched Phase-2 during lockdown with 90 pc inventory already sold out, said a press release.