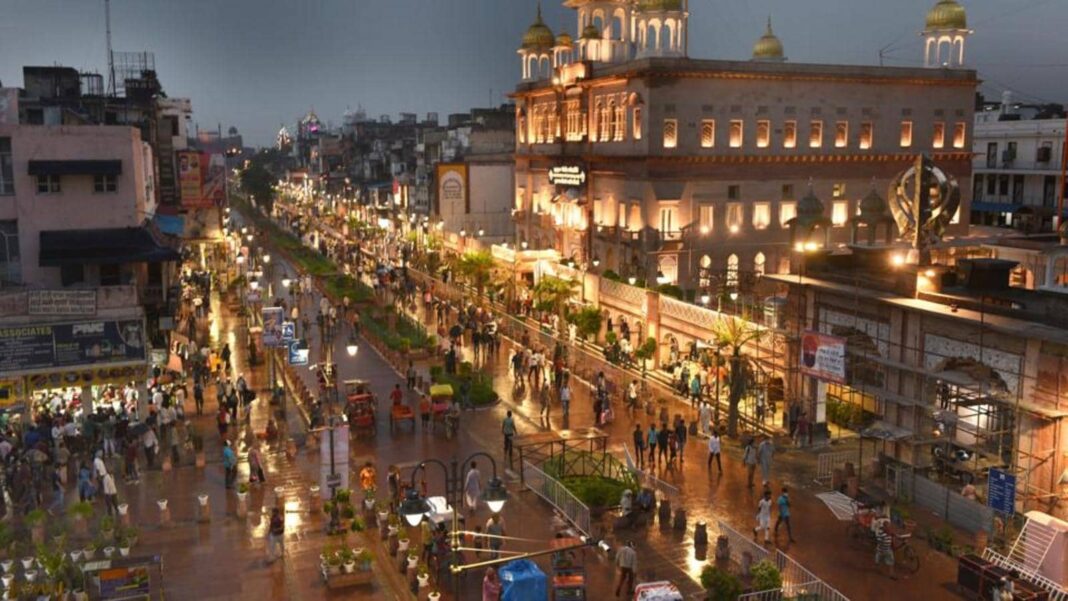 With 4-6 lakh daily footfall, Chandni Chowk is one of the most renowned and busiest commercial markets in Old Delhi, with a remarkable historical legacy. It is located near major tourist hotspots of Delhi like Red Fort, Jama Masjid, Old Delhi Railway Station, Connaught Place etc. Chandni Chowk houses some of the oldest centres and shops, which are a significant part of the country’s popular culture, like Paranthe wali Gali, Sadar Bazaar, Meena Bazaar etc.

As a matter of fact, the latest report by JLL showed that the footfall record in Chandni Chowk outnumbers the combined footfalls of major Delhi-NCR malls. The daily footfall in Chandni Chowk is reported at nearly 6 lakh people. It continues to be a commercial juggernaut, being one of India’s largest wholesale markets. It is also the most loved shopping destination where people come to purchase jewellery and apparel. This constitutes a significant portion of Chandni Chowk’s business. It has one of the biggest food retail markets, which is a fount of major tourist and local attractions.

A spate of government projects has also changed the face of Chandni Chowk. A few months back, the Delhi government has inaugurated the revamped section of the Chandni Chowk market to develop it as a hub of nightlife tourism. As a part of the revamped project, the 1.4-kilometre stretch between Red Fort and Fatehpuri Masjid was converted into a pedestrian-only zone between 9 am to 9 pm. It also provides several facilities to visitors, such as benches, public toilets, street lights and specially designed cycle rickshaws for moving around the area.

Further, phase 2 of the redevelopment project is also in the pipeline, which shows the government’s interest in transforming Chandni Chowk into a world-class market centre. It will include a renovation of Netaji Shubhash Marg, six roads adjoining Chandni Chowk, Jama Masjid Road, and facade work in Chandni Chowk.

Another area that is the focus of attention is SPM Marg. The Government has also approved a detailed project report (DPR) which would include the construction of separate lanes for non-motorised vehicles, a skywalk connecting Dangal Maidan parking and Old Delhi Railway Station (NMVs), wider pavements for easy pedestrian movement, and additional green cover. The Shahjahanabad Redevelopment Corporation will execute the project. It will boost commercial RE development in the SPM Marg and increase footfall in the area.

With so many renovated projects, the commercial appeal of Chandni Chowk is set to soar high, with high-end mixed-use commercials topping the construction charts. Chandni Chowk’s blazing popularity refuses to simmer down amid competition.