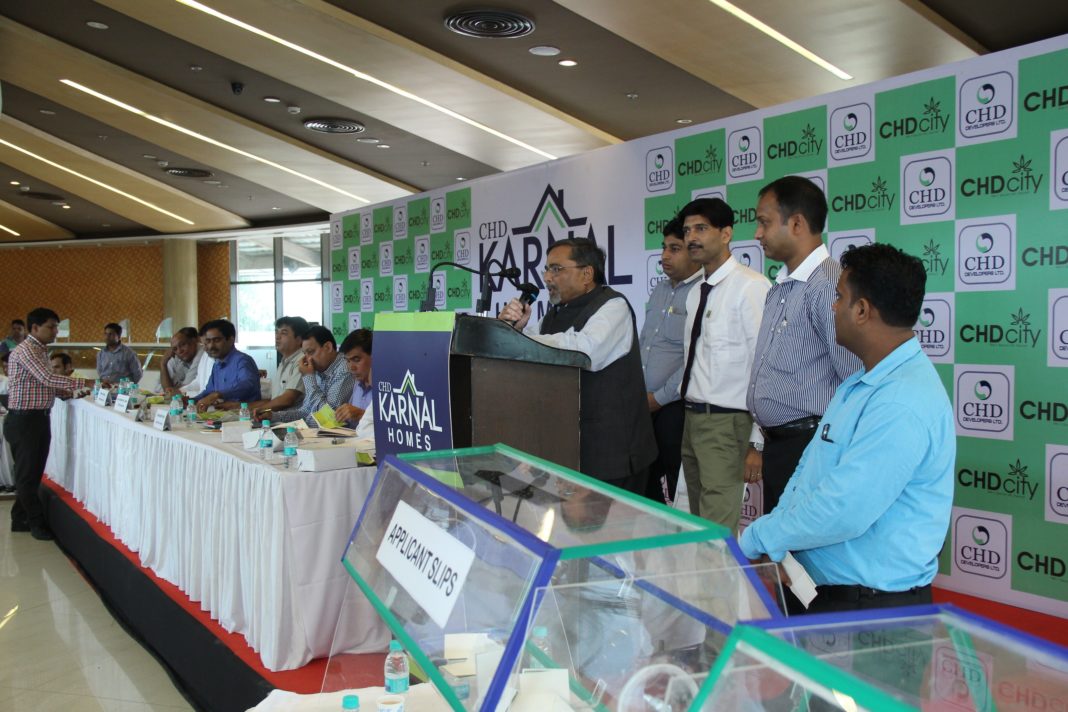 CHD Karnal Homes, a project by CHD Developers Ltd under Haryana Government’s affordable housing policy 2013, on Friday allotted 500 numbers of 1 and 2 BHK units through draw of lots in phase 1.

According to a press release the allotment proceedings were facilitated in the presence of committee members of estate officer on behalf of DC, DTP, STP and representative of CHD Developers Ltd.

The press release said the project is Karnal’s only project launched under Haryana Government’s affordable housing scheme 2013. The project was launched in January 2015 with a starting price of Rs. 13.35 lakh. The project was very well received by the masses, and with more than 15,000 queries generated from prospective homebuyers.

Speaking on the occasion, Gaurav Mittal, MD, CHD Developers Ltd, said “CHD Developers is proud to be associated with the Government’s vision of providing comprehensive affordable housing for all. It is also our constant endeavor to create healthy and happy communities and not just developing housing projects. I would personally like to congratulate 500 lucky families who have been allotted units in this first phase of allotment.”