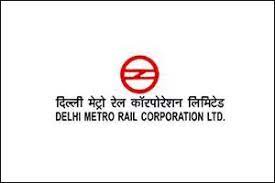 DMRC has a budget of Rs 800 crore for procuring trains for this link, according to the media reports.

The Rs 800-crore deal has been finalised more than two months after the financial bids for the supply of rolling stock for the project were finalised. CRRC will supply 76 coaches for the 29-km Metro corridor by May 2017.

Each Metro car will come at a cost of about Rs 11 crore.

The deal was signed between President of CRRC Nanjing Corporation Limited’s and HS Anand, Director, Rolling Stock, DMRC, at Metro Bhawan in Delhi in the presence of Mangu Singh, Director, DMRC, and other senior officials of NMRC, according to the report.

DMRC officials said the delivery of trains will be done latest by 76 weeks. “Trains should start coming in before 76 weeks and should be in place by May 2017. These 76 coaches are the corridor’s requirement up to 2021,” said an official.

The trains will support four coaches each as against the earlier plan of three-coach trains. Officials quoted in media said the number of cars have been increased following DMRC’s experience and study of traffic patterns.

A total of 19 trains will run between Noida and Greater Noida at a frequency of 10 minutes.