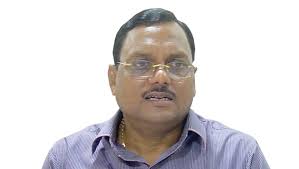 The Lucknow Bench of the Allahabad High Court on Thursday ordered an investigation by the Central Bureau of Investigation (CBI) against former Noida Authority chief engineer Yadav Singh in connection with his alleged illegal assets.

The decision comes a day after the High Court pulled up the Uttar Pradesh Government for delaying the probe.

The state Government had suspended Yadav Singh in December 2014. However, social activist Nutan Thakur moved a PIL seeking a CBI probe into the alleged amassing of wealth by Yadav Singh, under the patronage of successive governments. During an income tax raid at Yadav Singh’s house in November 2014,sleuths had unearthed several crore worth of cash and precious jewels.

Meanwhile, Thakur moved the PIL, on which the HC on December 16, 2104 issued notices to respondents and seeking their response. After this, the UP Government appointed retired HC justice AN Verma as one-member judicial commission to enquire into the matter. Subsequently , the Finance Ministry at the Centre wrote to the UP Chief Secretary to hand over the documents of Yadav Singh case to CBI for probe but the state objected to its pleading that it had already instituted a judicial probe.