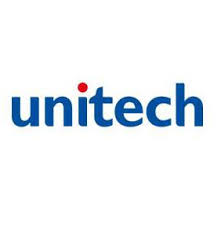 A court in Chandigarh has awarded three-year imprisonment and a fine of Rs 10,000 each on Ajay Chandra and Sanjay Chandra, Managing Directors of real estate firm Unitech, for not complying with the Chandigarh Consumer Disputes Redressal Commission’s order for returning the cost of a residential unit to a consumer and paying a fine.

According to a report published in The Tribune, the court has also issued non-bailable warrants against the Unitech MDs, returnable for May 30, to undergo the sentence awarded to them.

The case relates to Uniworld City, Sector 97, Mohali, where the complainant couple Varun Bakshi and his wife Mandeep Sangha had purchased a flat on July 7, 2011 and had paid over 95 per cent of the total price. However, despite this, the possession of the constructed unit was not offered to them. The couple had then filed a case against the company.

In an order issued last year, the commission had directed the Unitech MDs to refund the amount of over Rs 49 lakh within two months, along with Rs 3 lakh compensation and Rs 50,000 litigation fee, to the complainants, which they failed to comply with, the report said.