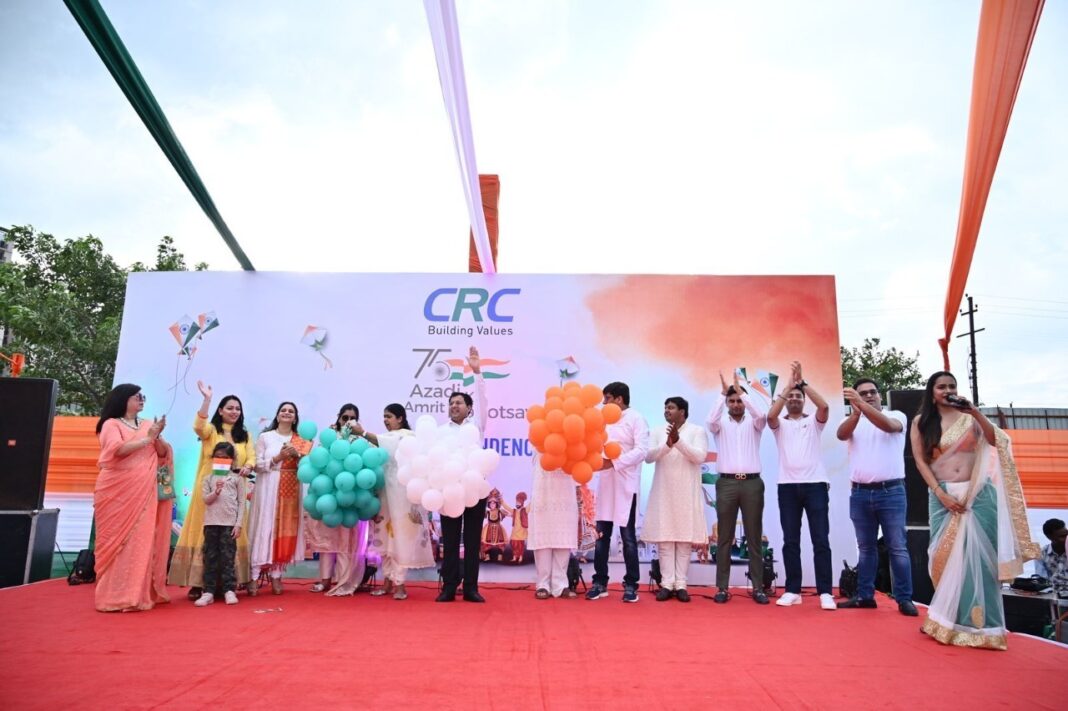 The members of CRC Group held a kite flying competition. Group dance performances were also held during the celebrations.

A Military March Pipe Band was called on to perform at the celebrations.

Among many activities, there was also a quiz competition held where questions related to country’s independence struggle and basic general knowledge were asked. Children also participated in the drawing competition making images of the National Flag and various other symbols of India’s glory.

A famous Dance troupe also engaged the audience with their performance.

All the attendees received surprising gifts and prizes and kids were seen enjoying themselves at the Kids Play Area.

Kunal Bhalla, Co-Founder & CEO, CRC Group, said, ‘The Indian Independence movement is an example of courage, determination, and persistence of our forefathers. It is an occasion to show our reverence to the freedom fighters who gave their lives, blood and sweat to make India an Independent Republic. The deep rooted democratic character of the country is also a product of their value systems. CRC Group has shown immense respect for the Indian army for securing our boundaries and upholding the territorial integrity of India.”