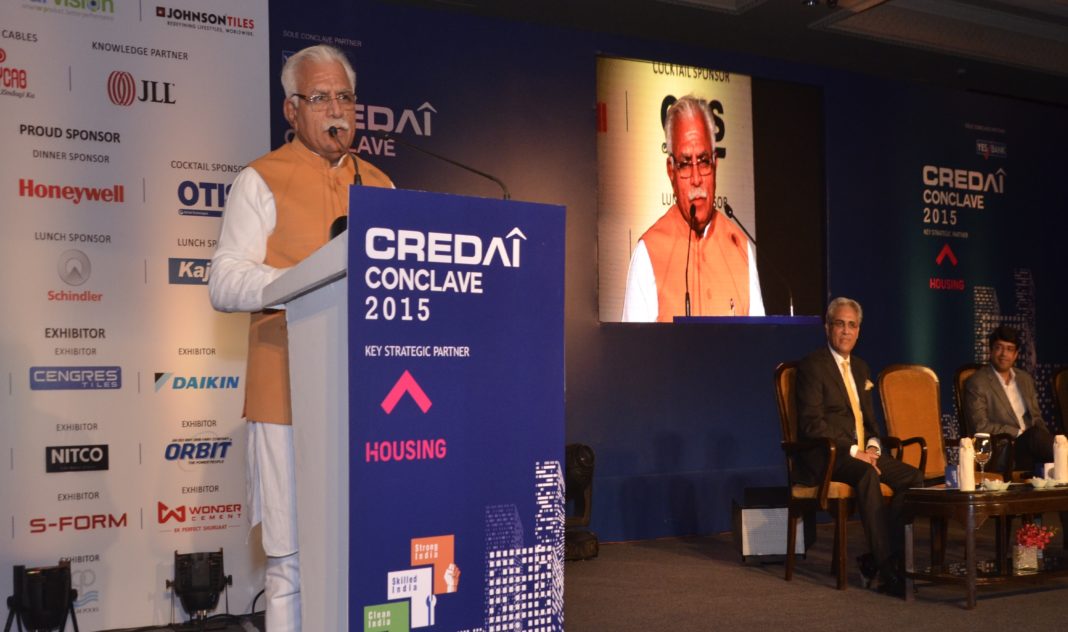 The Haryana Government has agreed to consider the real estate sector’s demand for keeping ongoing projects in the state out of the purview of the proposed Real Estate Regulatory Authority (RERA).  This was announced by state Chief Minister Manohar Lal Khattar at the concluding ceremony of the Credai Conclave 2015, in New Delhion Thursday.

According to a press release issued by the Real Estate Developers’ Associations of India (Credai), the Haryana CM has also agreed to look into the demand for providing a single-window clearance for upcoming projects across the state.

Speaking at the conclave, Khattar said that Haryana has a lot of scope for real estate development considering the location advantage which it enjoys. The Haryana Government, he said, had proposed the construction of an international airport between Kurukshetra and Karnal in order to boost industry in the state.

Getamber Anand, President, Credai National, said, “A single-window clearance system is required to reduce the time and cost involved in navigating the complex web of permissions between various departments.”

With the central theme of ‘Clean India-Skilled India-Strong India’, the conclave also saw the release of the Credai – Jones Lang LaSalle (JLL) white paper on smart cities. The white paper spoke about the opportunity to transform Indian cities into global destinations. It showcased how real estate sector will play a major role in smart city development and ‘Housing for All by 2022’.

UP plans airport near Greater Noida

Central Park and its founder honoured at Dubai summit