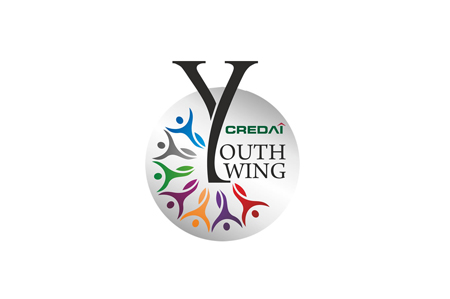 13th February, New Delhi: The apex Indian Real Estate body CREDAI, in the esteemed presence of Honorable Prime Minister Shri Narendra Modi, pledged to adopt and uplift over 13 rural locations at CREDAI YouthCon 2019 in New Delhi. Recognizing the significance and potential of India’s rural economy, CREDAI’s Youth Wing is now set to lead a charge towards strengthening the foundation of the Indian economy by providing a definitive blueprint for the sustained growth of the rural areas in India. Identifying Tourism as a viable mechanism and plugging it at the core of its strategy to achieve this objective, CREDAI’s robust initiative will spearhead the path towards a New India in the coming years and beyond.

CREDAI, which has initiated numerous thought-provoking industry-led ideas such as Women’s Wing, Youth Wing, among others, is set to embark on another breakthrough initiative to transform the dynamics of the Indian economy. With a dedicated and prioritized focus on rural areas, CREDAI’s holistic outlook for all stakeholders has prompted the leading body to transform 13 locations by encouraging rural tourism in the following areas;

CREDAI, in its report presented to the honorable PM, also highlighted certain recommendations to provide an in-depth and detailed strategic route towards achieving their latest objective;

3)    Focus on homestays – Homestay tourism, still at a rather nascent stage, is evolving as one of the most emerging sectors of Rural tourism, primarily owing to its authentic and ethnic experiences that its ability to provide to tourists.

4)    Infrastructure and connectivity – Infrastructure is key to the growth of any city and town. Creating and sustenance adequate infrastructure hence becomes imperative to enable a satisfactory tourist experience

5)    Marketing/Promotion of these rural sites – Banking on newer modes of communication such as the internet and social media is a must to promote such rural sites. Associated partnerships with leading travel sites and tour operators can be explored.

7)    Tapping local advantages – ‘Agritourism’, a concept which can be leveraged by several Indian villages by glorifying agriculture and encouraging local produce and purchase.

CREDAI National President, Mr. Jaxay Shah comments “CREDAI has consistently maintained a stance of ushering a ‘New India’ and wants to take that commitment a notch ahead by fulfilling its responsibility of uplifting the rural economy. Through this ground-breaking initiative of the CREDAI Youth Wing, we are now bound to see an unceasing era of growth and development by providing an extremely strong foundation for the growth of the Indian economy. We look forward to many more such initiatives by CREDAI where we strive to make a difference in the lives of lacs and crores of Indian citizens.”

CREDAI National Chairman, Mr. Getamber Anand shares his remarks “To be in the esteemed presence of our Honourable Prime Minister and have the opportunity to present such a comprehensive and futuristic plan for the development of our rural economy to him is an absolute honor for CREDAI. We hope and wish that this will provide a fine blueprint for a holistic approach for our country’s economic growth.”

CREDAI National Secretary and Youth Wing Chairperson, Mr. Rohit Raj Modi says “I am extremely proud of CREDAI Youth Wing and all of its members who have shown great enterprise and dynamism to prepare such a project which cements CREDAI’s perception in the industry as India’s Nation Builders. By having a prioritized focus on rural tourism, we believe that this will provide another definitive route towards the progress of India’s rural economy. It is a testament to CREDAI’s vision of establishing a forward-looking approach to build a New Tomorrow for India.”

Over 12,000 run in ‘Hiranandani Thane Half Marathon’ for healthy living