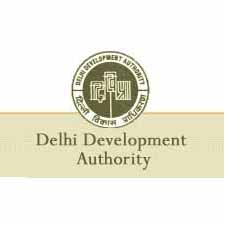 The much talked-about draft on land polling policy has been approved by Delhi Development Authority (DDA). The draft regulations will now be made public through a notification in newspapers to invite objections and suggestions for a period of 45 days after which the proposal is to be brought back to the board for a final authorisation and submitted to ministry of urban development for its nod. The DDA board of directors has approved the draft regulations of land pooling policy in their last meeting.

However, it has been observed that the real estate potential of about 70,000 acres in outer Delhi locations like Mehrauli, Bijwasan, Chhatarpur, Ghitorni and other locations came one step closer to reality.

The new proposal lowers the minimum land requirement for pooling from three to two hectares, possibly to bring more people under the scheme. DDA also decided to grant Rs 10 crore in annual budget to a land pooling cell to be created to oversee land pooling in the capital.

DDA recently earmarked about 200 villages, mostly in Outer Delhi, for land pooling. The proposal includes conversion of 95 villages into ‘development areas’ and 88 into ‘urban villages’. All the villages combined, along with some more that are expected to be clubbed in, are expected to release 29,000 hectares or just over 70,000 acres of real estate in the capital. The move is expected to please all including the developers who will offer their land to DDA to be pooled, DDA that will develop the land in a planned manner and earn some revenue for itself, those developers who wouldn’t have to fear retrospective litigations by the original land-owners and investors in these projects.

The landowners, based on the amount they pool in, will get back 40-60 per cent of fully developed land. Farmhouses have also been allowed to pool property. The proposal though would not consider villages notified as green belts, forests, unauthorized colonies and lal dora, lands under litigation and lands belonging to other agencies for pooling.

Housing start up index to go semi-urban, to cover 300 cities