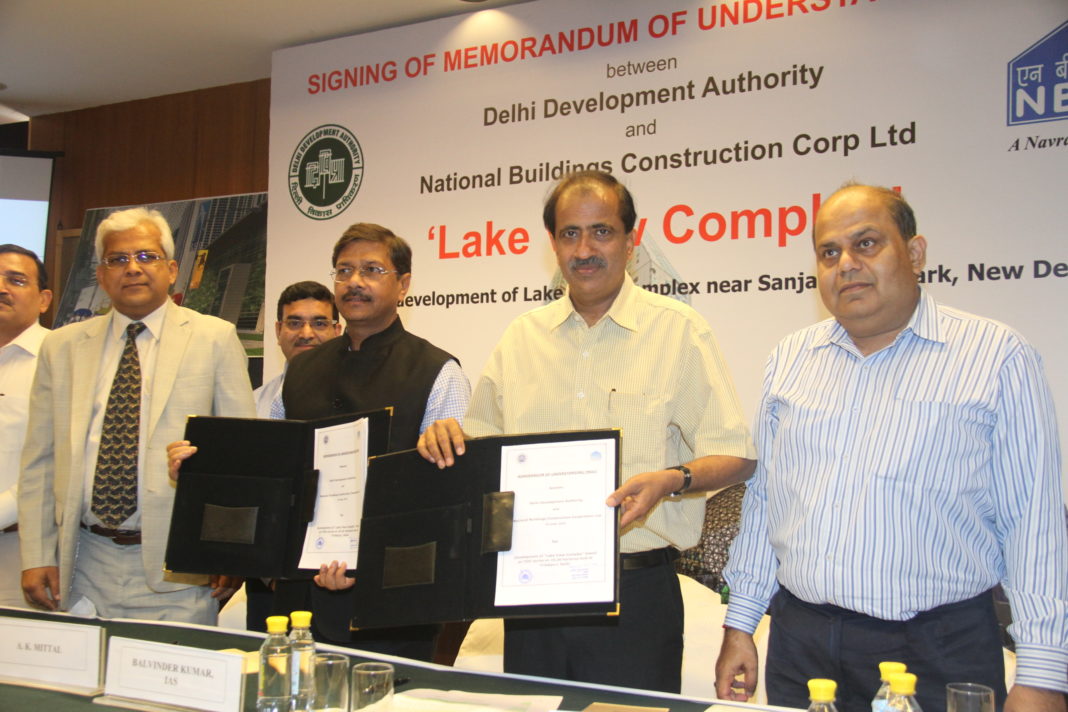 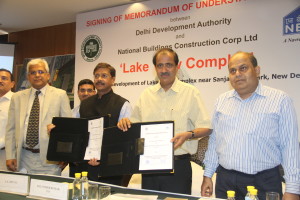 Delhi Development Authority (DDA) on Friday signed an agreement with state-run National Buildings Construction Corporation (NBCC), seeking to begin work on the Lake View redevelopment project in East Delhi and also announced its twin projects of transforming Dwarka into a smart sub-city and setting up a first-of-its- kind adventure cycle park in the city.

“As per our plan, we will start with designing of the Lake View Complex and in the next five-six months, work is expected start on the ground. In about next three years, the project is likely to be completed, said NBCC Chairman-cum-Managing Director Anoop Kumar Mittal who signed the MoU with DDA Vice-Chairman Balvinder Kumar.

Transit-oriented-development (TOD) norms encourage development around a transport hub and calls for greater use of public transport system over private vehicles. The complex will have residential, commercial and corporate areas and NBCC will execute the project. The Sanjay Lake will also be adopted and rejuvenated by it, Kumar said.

It will have mixed land-use development projects like old-age homes, recreational, sports, residential and commercial facilities, among others, Kumar said. 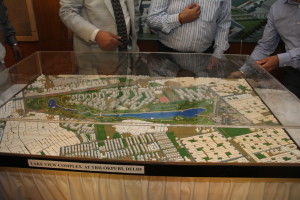 The complex will be marked out by twin signature towers of at least 50-60 storeys, he said. Under the project the Sanjay Lake will also be beautified, rejuvenated by increasing its depth and improving water recharge and cleaning.

A unique feature of the project will be the visual integration with the Sanjay Lake. The western periphery of the complex, overlooking the Sanjay Park will be developed as a lake-front promenade, equipped with walking and cycling track as well as plazas, eateries and skywalks, he said.

Besides, that DDA also announced that an adventure cycle park will be set up on 10 hectare of green forested land in Dwarka’s Sector 5, which would be completed in the next 1.5 years.

Terming the ‘Adventure Cycle Park’ as a unique project in the country, Kumar said, the entire land will be developed without cutting any trees. It will have a 2 km-long mountain terrain for biking for adventure sports lovers.

“The land is in DDA possession and the work on the ‘Adventure Cycle Park’ is expected to begin in 1-2 months,” he said.

We are with you, says Credai President Anand