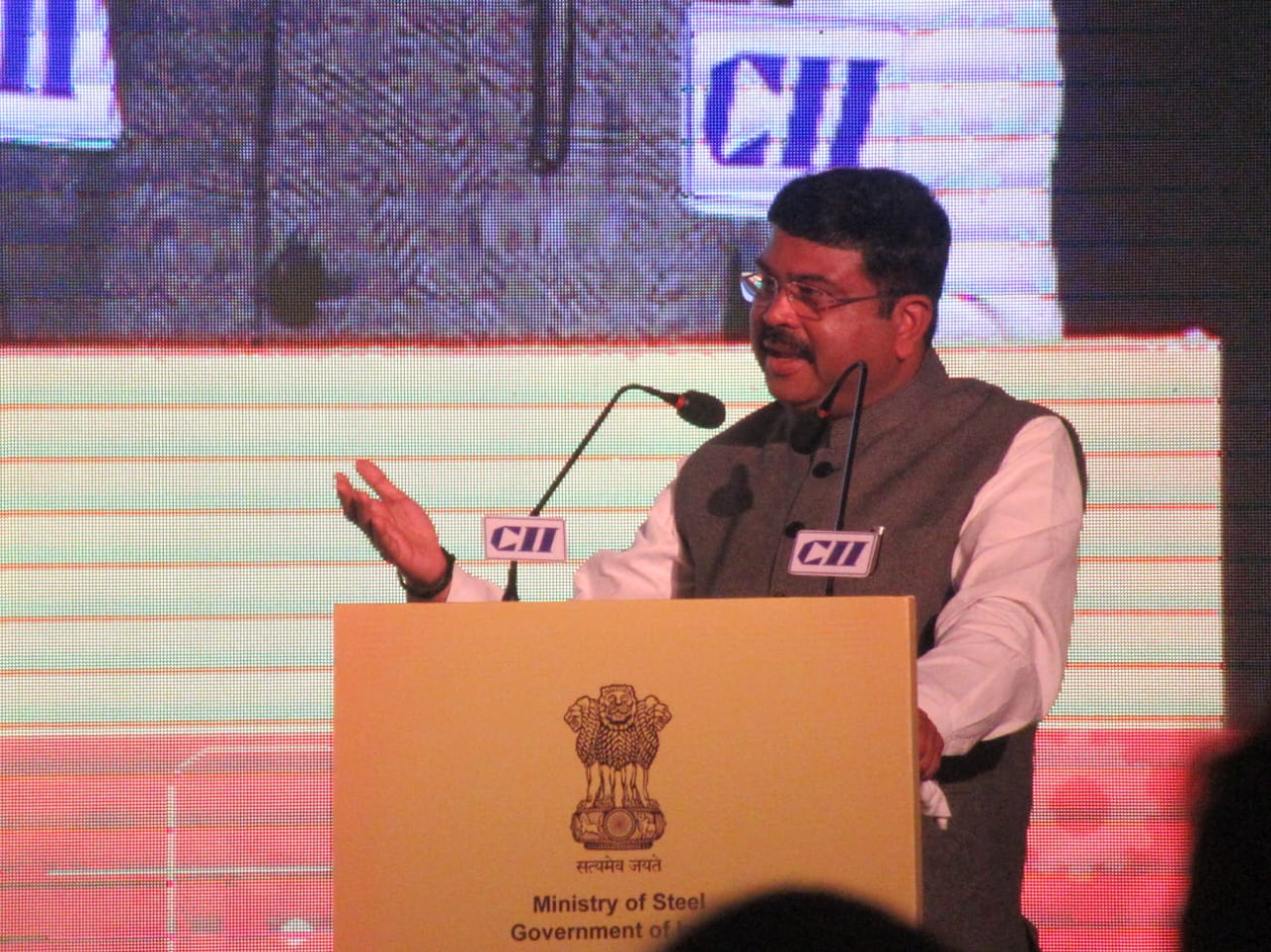 Minister Pradhan, while speaking on the occasion, said. “Whether it is our freedom movement or social reform, eastern India has provided leadership to the nation.Eastern India is a land of infinite opportunities. Despite being endowed with natural resources, this region has lagged behind in socio-economic development as compared to some other parts of the country.Today, we start Purvodaya in steel sector, a new chapter which will script the rise of eastern India by accelerated development of steel sector through an integrated steel hub.”

Speaking about technology, Shri Pradhan said, “21st century is going to be the age of knowledge and technology. New technologies are reshaping the economy and society. Industry 4.0 driven by digitisation holds immense promise. Embrace of Industry 4.0 by manufacturing in steel sector will ensure eastern India benefits from the wave of Industrial Revolution 4.0.”

Speaking about improving business climate, he said, “Ease of Doing Business is not mere slogan for our Government. From setting up companies to regulatory clearances, taxation etc. our Government has worked on every aspect of improving the Ease of doing Business. Recently, our Government came up with perhaps the biggest ever reform in the coal sector. More revenue, more production and logistic development in the coal sector will further fuel the growth of Eastern India.”

Purvodaya in steel sector is aimed at driving accelerated development of Eastern India through establishment of integrated steel hub. Eastern states of India (Odisha, Jharkhand, Chhattisgarh, West Bengal) and Northern part of Andhra Pradesh collectively hold ~80% of the country’s iron ore, ~100% of coking coal and significant portion of chromite, bauxite and dolomite reserves.There is a presence of major ports such as Paradip, Haldia, Vizag, Kolkata etc. with >30% of India’s major port capacity.In India’s march towards a $5 trillion economy, the 5 Eastern states can play a major role where steel sector can become the catalyst. This Eastern belt has the potential to add more than 75% of the country’s incremental steel capacity envisioned by the National Steel Policy. It is expected that out of the 300 MT capacity by 2030-31, over 200 MT can come from this region alone, driven by Industry 4.0.

The proposed Integrated Steel Hub, encompassing Odisha, Jharkhand, Chhattisgarh, West Bengal and Northern Andhra Pradesh, would serve as a torchbearer for socio-economic growth of Eastern India. The objective of this hub would be to enable swift capacity addition and improve overall competitiveness of steel producers both in terms of cost and quality.The Integrated Steel Hub would focus on 3 key elements:

1. Capacity addition through easing the setup of Greenfield steel plants
2. Development of steel clusters near integrated steel plants as well as demand  centres.
3. Transformation of logistics and utilities infrastructure which would change the  socio-economic landscape in the East

Growth of steel industry through such a hub would lead to significant employment opportunities across the entire value chain and will play a significant role in overall socio-economic growth of Eastern India, thus reducing the disparity between the East and other regions of the country.

CREDAI Signs a Memorandum of Understanding with Building and Construction Authority (BCA), Singapore at the 3rd edition of CREDAI ‘Youthcon 2020’