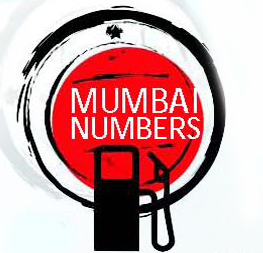 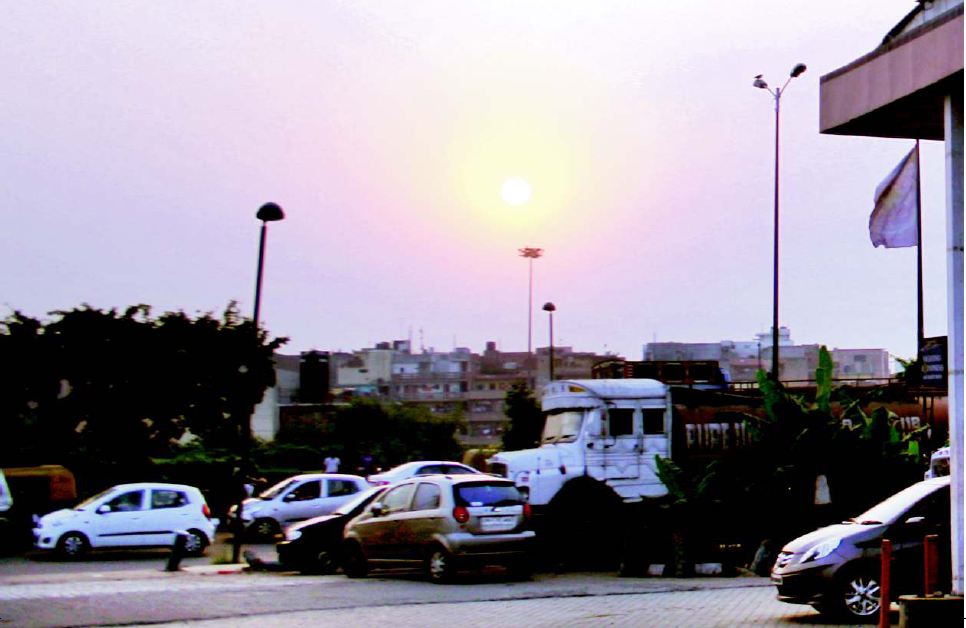 One by one, many of Maximum City’s petrol pumps are set to stage a vanishing act as landowners are reluctant to renew lease agreements with pump owners despite government directives.

Driving down 51-km from south Mumbai just to refuel the car? As things go, this seems to be a looming prospect if the growing reluctance of the landowners to renew their agreements with fuel retailers is anything to go by.

Given the skyrocketing prices of land in Mumbai and lucrative real estate projects around, landowners are being tempted not to renew the lease agreements and instead sell away their land to builders and developers to make way for mall and multiplexes.

There are some builders who have been striking a deal with the landowners even before the expiry date of the leased-out plots as they are convinced that lease agreements with the fuel retailers would not be renewed.

VANISHING PUMPS
A number of petrol pumps have already closed and been replaced by malls and shopping complex. Recently, Bharat Petroleum’s Juhu petrol pump, Vijay Auto petrol pump on LBS road, Kurla downed shutters. The petrol pump next to the Cricket Club of India in Churchgate has made way for a parking lot. A HPCL petrol pump near Nanawati hospital along SV Road, Vile Parle, has given way to a multi-storeyed mall, so has another one next to Sena Bhavan at Dadar. Next to the Kemps Corner flyover on Peddar Road, a showroom has been set up where an IOC petrol pump once stood.
The situation is gloomier in south Mumbai, where five pumps have been closed down in the last two years. Incidentally, south Mumbai land prices are the highest in India.

Skyrocketing land prices in Mumbai are taking a toll on petrol pumps as landowners of these fuel stations are giving in to the lure of real estate.
Ravi Shinde, President, Mumbai Petrol Diesel Dealers’ Association

Explaining this new phenomenon, Ravi Shinde, president, Mumbai Petrol Diesel Dealers’ Association (MPDDA), says: “Skyrocketing land prices in Mumbai are taking a toll on petrol pumps as land owners of these fuel stations are giving into the lure of real estate.”
India’s financial capital is estimated to have around 253 petrol pumps, of which about 55 per cent or 139 are located on land leased out by private landowners. These plots have areas ranging from 10,000 sq ft to 20,000 sq ft each, and are among the few open patches available in the city.

In effect, these 139 petrol pumps face closure as landlords are not willing to extend the lease agreement with about a dozen already  having downed shutters. What is even more worrying is that these petrol pumps on private plots of land were leased out for a term of up to 30 years and now most of these agreements are coming to an end. 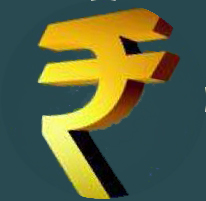 A growing cause for concern is that over 400 vehicles are registered daily in Mumbai and there is actually a requirement for more and more petrol pumps. Interestingly, there are some builders who have been striking a deal with the landowners even before the expiry date of the leased-out plots as they are convinced that lease agreements with the fuel retailers would not be renewed.
As most of the petrol pumps are strategically located, the builders are eying the land for building lucrative commercial towers or malls.

“Why should I be forced to renew the lease with petrol pump owners all my life, that too at old rates when I can get a better price for my land”, says Yogendra Jumble, a landlord who has leased out his land for a petrol pump at Meera Road.

MODEL LAW ENFORCED
Earlier, all lease agreements, tenancy and rentals in Maharashtra were governed by Bombay Rent Act, but the state brought forth Maharashtra Rent Control Act from March 31, 2002. The model law, besides providing for much higher rents than what was payable under the Bombay Rent Act, made the eviction of tenants easier by providing for the setting up of a parallel judicial process with only one court of appeal after removing the civil courts’ jurisdiction over the matter and summary litigation procedure.
It also provided for severe curbs on the right of inheritance of tenancies. This sent shock waves as public limited companies having a paid-up share capital of over `1 crore have lost their tenancy protection against rent increase and eviction. Now, landowners agree for lease renewals only if the oil companies or petrol pump owners are willing to pay them rentals as per market rates. This would mean a four-time increase in current rentals for oil companies. This tussle over rent has led to petrol pump land reverting to the landowners who in turn have sold it to developers.

Warning that the day is not far off when those living in the island city will be forced to drive to the  suburbs to refuel their vehicles, Roy Choudhury demanded that the government intervene and reserve the land for petrol pumps in the city.

Though a minor stakeholder in Mumbai, a few of Indian Oil Corporation’s (IOC) petrol pumps are also on the verge of closure because of landlords’ reluctance to renew the lease agreement. Two IOC petrol pumps in Goregaon and Kandivli have been closed down already due to the lease problem.

While the situation is grim in almost all the metros, as per an industry report prepared by the HPCL, petrol pumps in Mumbai are the worst-affected.

RS Butola, IOC chairman terms it as a “universal phenomenon”, adding that not just in Mumbai, but elsewhere too, landowners are unwilling to renew lease agreements

Speaking to newsmen recently, RS Butola, IOC chairman termed it as a “universal phenomenon”, adding that not just in Mumbai, but elsewhere too, landowners are unwilling to renew lease agreements. Petrol pumps in metros like Delhi, Bengaluru, Kolkata, Hyderabad and Chennai are also facing the same land crunch as in Mumbai.

Petrol pump companies say that no clause exists in the lease agreements that would force landowners to renew the lease contract and
therefore, petrol pumps should be treated like public amenities and the state government should reserve land in every locality for this purpose.

They also say that landowners of petrol pumps should not be allowed to change the land use. Having been identified originally as sites for petrol stations, they need to be retained that way for public service with intervention by local authorities wherever required.
Landowners, currently, are free to change the usage of their land after the lease agreements for pumps expire. 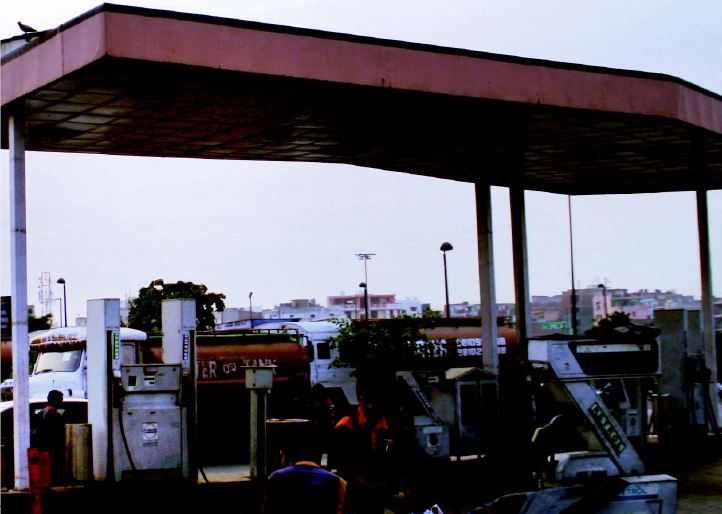 A senior Mantralaya official told this correspondent on condition of anonymity that the state government was seized of the fact and that is why it had directed the civic body not to permit the landlords to redevelop  their land except for refilling stations or petrol pumps. However, he admitted that the local landowners were using political influence to get the petrol pump owners to vacate the land and some were even resorting to premature termination of lease agreement under one pretext or the other as the commercial development of land assured better returns than continuing lease agreement with the fuel retailers at old rates.

Prakash Singh, retailer of the Singh petrol pump that was demolished last month said he had little choice but to part ways. “Our lease under the Maharashtra Rent Control Act (MRCA) had expired and was not to be renewed. We moved the court but to no avail. Therefore, the land had to be handed over to the land owner,” said Singh. 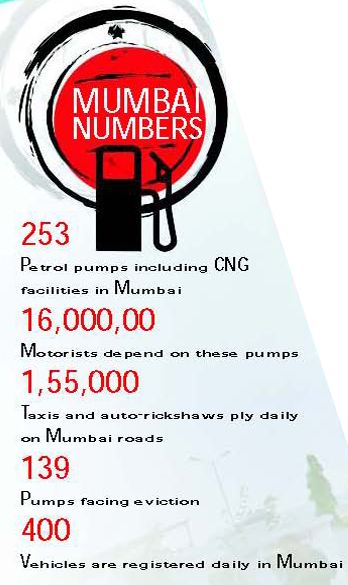 Stating that the MRCA proved to be a catalyst for eviction of petrol pumps, Shinde said: “Soon after the model act came into existence, petrol pump owners lost protection and were served with eviction notices by the owners as soon as the lease period expired.”
“One of the options is to amend the MRCA, thereby giving protection to oil companies and petrol pump owners. But there is a lot of lobbying from the builders’ side. So the next best option is to reserve these sites as petrol is an essential commodity,” he said.
Offering another solut ion, Shinde says : “Maharashtra government can still find a solution to retain these pumps by offering additional FSI to  the landlords through Transfer of Development Rights (TDRs).”

Pushed to the wall, petrol dealers’ association and Mumbai Taximen’s unions filed a PIL in the Bombay High court, following which the state government issued a directive to Brihan mumbai Municipal Corporation (BMC) disallowing the change of use of land for petrol pumps in all municipal corporation areas in the state.

Many social organisations have also requested the government not to allow any change on petrol  pump land as the huge disparity in the ratio between petrol pumps and number of vehicles in  the city limits is a factor definitely to be worried about.
Now, the government has decided that the land of petrol refilling stations should be used only for the designated purpose and in no case for any other purpose.

While fuel retailers and oil companies are happy that the state  government has issued this directive, they feel that this directive should not remain on paper only but be enforced in black and white.