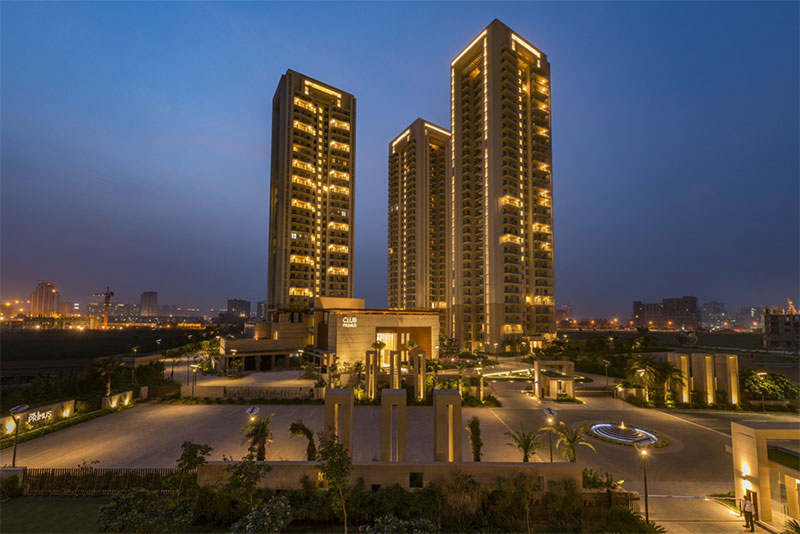 Gurugram: DLF Home Developers Limited (DHDL), a subsidiary of DLF, has successfully handed over two of its Gurugram -based projects, The Primus and the Regal Gardens.
Launched in 2012, The Primus is located in Sector 82 A, Gurugram. The high-rise comprises 3 and 4 bedroom apartments spread over an area of 1818 sq. ft. to 2606 sq. ft. DLF has delivered all 624 units to the buyers.

The average cost of an apartment in The Primus is 1.81 crores. Regal Gardens which was also launched in 2012 comprises 3 and 4 bedroom apartments spread over an area of 1717 sq.ft.to 2225 sq.ft. Crafted in the Mediterranean style of architecture; this aesthetically designed project is strategically located in Sector 90, Gurugram. A total of 540 units have been successfully handed over to customers. The average cost of Regal Gardens apartment is 1.31 crores.

Speaking on the occasion, Harinder Dhillon, VP-Sales, DLF said, “We have successfully handed over our luxury residential projects, The Primus and The Regal to our patrons. The projects are part of our integrated township DLF Gardencity, spread across 243 hectares. Our focus at DLF is community building and the testimony to the same is over 1700 families already residing in DLF Gardencity.

The new sectors of Gurugram are fast developing in terms of connectivity as well as social infrastructure. The area enjoys strategic location between Manesar, Gurugram and New Delhi with direct connectivity to NH-8.With the recent slew of infrastructure developments in the region like the completion of Southern Peripheral Road (SPR) and Hero Honda Chowk Flyover, connectivity of the area is growing rapidly.Upcoming Dwarka Expressway, Kundli-Manesar-Palwal Expressway and the alternate bypass road to Manesar will further bolster connectivity.

According to a recent Knight Frank report, Gurugram is the chosen micro-market in NCR accounting for more than half (54 percent) of the homes launches in the second half of 2017. Being home to some of the world-class residential projects, New Gurugram has emerged as the ‘destination next of Delhi-NCR.

Both the projects offer a plush clubhouse with facilities like the banquet hall, swimming pool, lounge, gymnasium, movie theatre, billiards, squash court, tennis court.
These projects are strategically located in DLF Gardencity which is a well-planned residential hub spread over 243 hectares. The township has a mix of luxury and premier group housing; plotted development, commercial and retail spaces. Currently, more than 1800 families call DLF Gardencity their home.