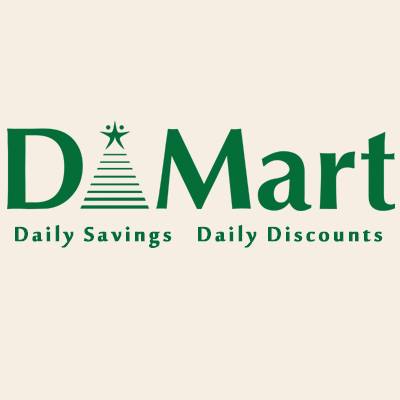 The recently-closed Rs. 1,870-crore D’Mart public offering got listed at Rs. 604.40 – a 102.14% premium over its issue price of Rs. 299 per share. It received bids for 463.61 crore shares against the total issue size of 4.43 crore shares, recording a staggering 104.48 times oversubscription. Owner Radhakrishna Damani is understandably a happy man.

Damani and his family started D’Mart to address the growing need of Indian families for one-stop-shops for the daily requirements – groceries, vegetables and household goods, as well as electronics and apparel – at the lowest-possible prices.

Its focus on maintaining its presence in the low margins business was a shrewd strategy which has worked very well for the company. While the margins have been low, sticking to selling daily items has helped in achieving a quick inventory turnover.

This has, in turn, helped D’Mart to maintain an excellent track record in its vendor payments. Industry insiders state that suppliers rush to them because they can expect payments from D’Mart outlets within 10-12 days – other retailers take upto 21 days to at time months to make payments.

Damani has focused on running the business he knows best in locations he knows best. From the launch of its first store in Mumbai’s Powai in 2002, D’Mart still has the maximum number of stores in Maharashtra. This is followed by Gujarat, Andhra Pradesh, Madhya Pradesh, Karnataka, Telangana, Chhattisgarh and NCR.

However, in its red herring prospectus filed with SEBI, the company has mentioned that since the ownership model requires higher capital allocations, D’Mart may not be able to launch new stores at the earlier pace. The prospectus states: “As a new store location should satisfy various parameters to make an attractive commercial proposition, finalization of location and property acquisition for our new stores is an evolving process which may not progress at the same pace as in the past or at the expected pace. Further, the ownership model requires greater capital for opening of each store due to which we may not be able to expand at our historical rates. We may be required to obtain loans to finance such expansion and there can be no assurance that such loans will be available to us on commercially acceptable terms, or at all.”

In another section in the prospectus it mentions: “We have no control over future increases in real estate prices. If real estate prices increase, we will require greater capital to buy land or incur higher operational costs due to higher leasing or rental costs. If there is limited availability of real estate in the future, competition for such real estate may increase which may result in a further increase in prices. This may lead to delays and cost overruns in opening new stores.”

D’Mart has followed three formats for setting up new stores:

1.     Greenfield stores, where the company purchases land, constructs the store building and fits the out as per its requirements

2.     Buyout stores, where it purchases the land with ready building and fits them out as per its requirements, and

The issue of capital requirement can be resolved through the equity raised. However, the land ownership model has inherent risks associated with it, which can include

Going forward, D’Mart plans to expand to new locations. To ensure success, it will have to play a fine balancing act between the ownership model and the lease model for its stores. With all the inherent risks in land, as well as the lack of flexibility in relocation and expansion, leasing may be worth a closer look if fast-track growth is a leading objective. However, maintaining margins could be a challenge, as lease rentals will continue to escalate at prime locations.

D’Mart has correctly chosen establish and maintain its presence in highly-populated middle income and lower middle income markets, as it works best for this business. These locations are typically high on lease rentals, too.

However, the foresight with which Damani has planned his real estate strategy will definitely serve him well going forward, too. More than most, this savvy businessman and retailer has unfailing instincts that will guide his strategy on ownership and leasing.

At What Age Should You Invest in Real Estate?