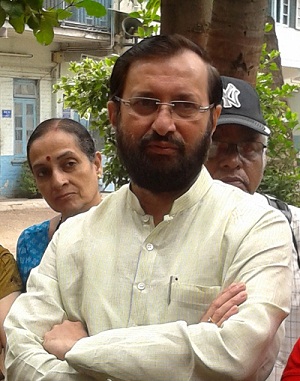 Days after notifying an ecological sensitive zone (ESZ) around the Okhla bird sanctuary in Noida, Environment Minister Prakash Javadekar Monday said all the pending proposals for demarcation of ESZs around national parks and wildlife sanctuaries will be finalised by March next year.

“There is a lot of confusion on the issue of eco-sensitive zones. All the remaining proposals will be processed and approved by March 31 so that the confusion in the name of ESZ will end,” said Union Forest and Environment Minister Prakash Javadekar.

He also said the NDA Government has so far approved 176 proposals for ESZ around protected areas, of which 32 are operational, the others are in the process of being notified.

The Minister also added that there are 624 protected areas (PAs) in the country which include national parks, bird parks and sanctuaries. “Out of that, 100 proposals for ESZ were of Andaman and Nicobar Islands alone. Out of the remaining 524, 445 proposals were received by the Ministry. 156 of them are under scrutiny by the Centre and the state Governments. The Ministry has issued 31 draft notifications and 32 final notifications of ESZ,” said Javadekar.