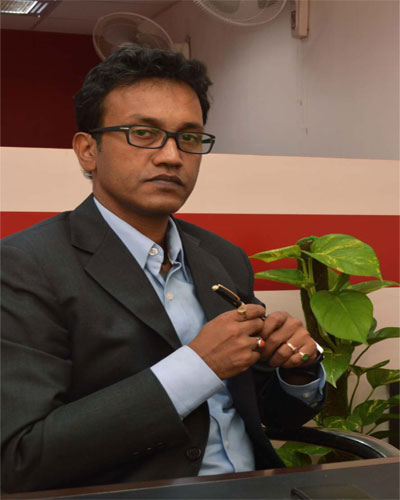 A year ago when we started off, we promised Realty & More is not going to be just another magazine on real estate That it will be more… and we proved it to be so…

In a year that can only be termed as newsy for the realty world, we started with key issues that confronted the sector, talked about solutions, aspiratons and policy matters and broke new ground. In many cases we stood out from competition because of our unique positioning – not just realty but more and more – even as we broke stories and offered new insights into the functioning of the sector.

While there were a few instances where we feel we could have done better, there were many where we set new  benchmarks and broke fresh ground.

In the past one year this has been the only magazine in the genre that has been chosen by policymakers as a dependable media platform. Realty & More got hold of the concerned ministers, bureaucrats, PSU heads, etc.

We are fortunate that ever since our inception, the sector has also been abuzz, and the next few months are expected to be even

For the first time the sector has got so much attention in a Budget speech, which has further raised the expectations of the sector from the Government. And this time around, no does it  seem to be mere rhetoric: the Government has relaxed FDI norms for the sector, introduced Real Estate Investment Trusts (REITs) which are expected to herald a new era for the sector in the country. And our sources say, serious work is on progress on the proposed 100 ‘smart cities’. The home loan rates have started softening, and we have been witnessing many developers coming out with new launchers since mid-August, which also indicates improvement in the overall sentiment.

Developers opine that not only buyers’ enquiries have increased over the past one month, but also conversion of enquiries into actual purchases has gathered traction. The new launches are also expected to go full throttle as a lot of developers are gearing up to come up with new projects in the run-up to the coming festive season. All these indicate that the sector is going to be a happening one and we hope to keep pace with that – it will be our endeavour to match ahead with the new baton. Keep watching the space..

In this special anniversary issue we bring you a plethora of expert columns on issues write about new-age homes – from e-homes to smart cities. Skylines in this issue feature Faridabad, Ghaziabad and Jaipur. As promised earlier there is going to be more in

Realty & More… this time we take a look at the personal choices of the real estate corporate honchos when it comes to gadgets.

Also are our regular reads – home loan rates of different lenders, property rates of keys cities, upcoming and new project launches, Vaastu dynamics and your monthly horoscopes. And lastly, we adorn a new logo for ourselves, which will be our brand identity now onwards!

Before winding up, it is time to express our gratitude for the overwhelming response we received from all quarters in the past one year. We are thankful for the affection. This has also enthused us to strive to be even better in the days to come. We look forward to a greater support from you – our prized reader.