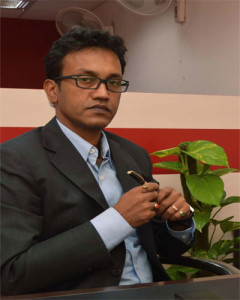 Despite much hullabaloo prior to its presentation, the Union Budget 2015-16 turned out be a complete non-event for the real estate sector. Expectation were high keeping in mind the previous Budget presented by the Government. The last Budget had announced Smart Cities, relaxation in Foreign Direct Investment (FDI) norms in real estate development, fund allocation for affordable housing and incentives to Real Estate Investment Trusts (REITs). Though REITs have now got pass-through status and the Budget has announced building of six crore houses under the Government’s vision of ‘Housing for all by 2022’, it did not take forward the ambitious ‘SmartCity’ project. The long-pending demand of the sector for grant of industry status has also not been met. The nearly 2 per cent hike in service tax will make houses costlier. The industry, on expected lines, expressed its disappointment when we got in touch with it for its take on the Budget for our cover story.

But the good thing which happened for the sector was a cut in repo rate by the Reserve Bank of India. Again on expected lines, the real estate players were forthcoming in expressing their hope and joy.

For the past few months the Delhi Development Authority (DDA) has been in the news, and the trend continues. After the successful completion of its biggest-ever housing scheme in the later part of 2014, the Authority announced a slew of measures it has lined up for the Capital city. DDA also announced its TransitOriented Development (TOO) plans which Realty & More has been unveiling for the past two months. We take a detailed look on the Authority’s chock-a-blocked road map for 2015.

Staying put in Delhi-the newly formed AAP Government fulfilled two of its poll promises on electricity and water, soon after assuming office. But what could prove to be a tough task ahead is its poll promises of regularisation of unauthorised colonies and providing housing for the Economically Weaker Section (EWS). We envisage the hurdles the Delhi Government could face in fulfilling these two promises it made before the state elections.Moving on to another township of National Capital Region (NCR)- the Yamuna Expressway and its chief-demission- PC Gupta, the CEO of Yamuna Expressway Industrial Development Authority. We spend a day with him, take a look at his busy schedule, speak to the manon a mission,as he unveils his plans to make a mark forthe region in the global map.

In our ongoing series ‘Developerspeak’, this time two developers present their views. Managing Director of Assotech Realty speaks on the prospects of office space in the days to come, and charts out reasons for his conviction. With the country gripped in Cricket World Cup fever, Manju Gaur, Director, Gaursons, showcases the developer’s cricket preparedness at its Greater Noida
West mega township.

Starting this issue, we bring you a new series- ‘Project Profile’, whereby we would be featuring a residential project. We flag-off the section with Jaypee Greens’project ‘Wish Town Noida’.

Continuing with our aim to provide varied information, we also kick off another new series, ‘Corporate Profile’ from this issue. We start off with profiling a leading player in the sanitaryware market, Hindustan Sanitaryware or HSIL Limited, speak to the management, as it shares its plans threadbare.

Last but not the least, pieces of regular information on home loan rates of leading lenders, the new and upcoming residential project launches in major cities,the property rates of some of the key localities of top cities, the Vaastu tips (this time on a happy and blissful married life) and, of course, your monthly horoscope by Bejan Daruwala.