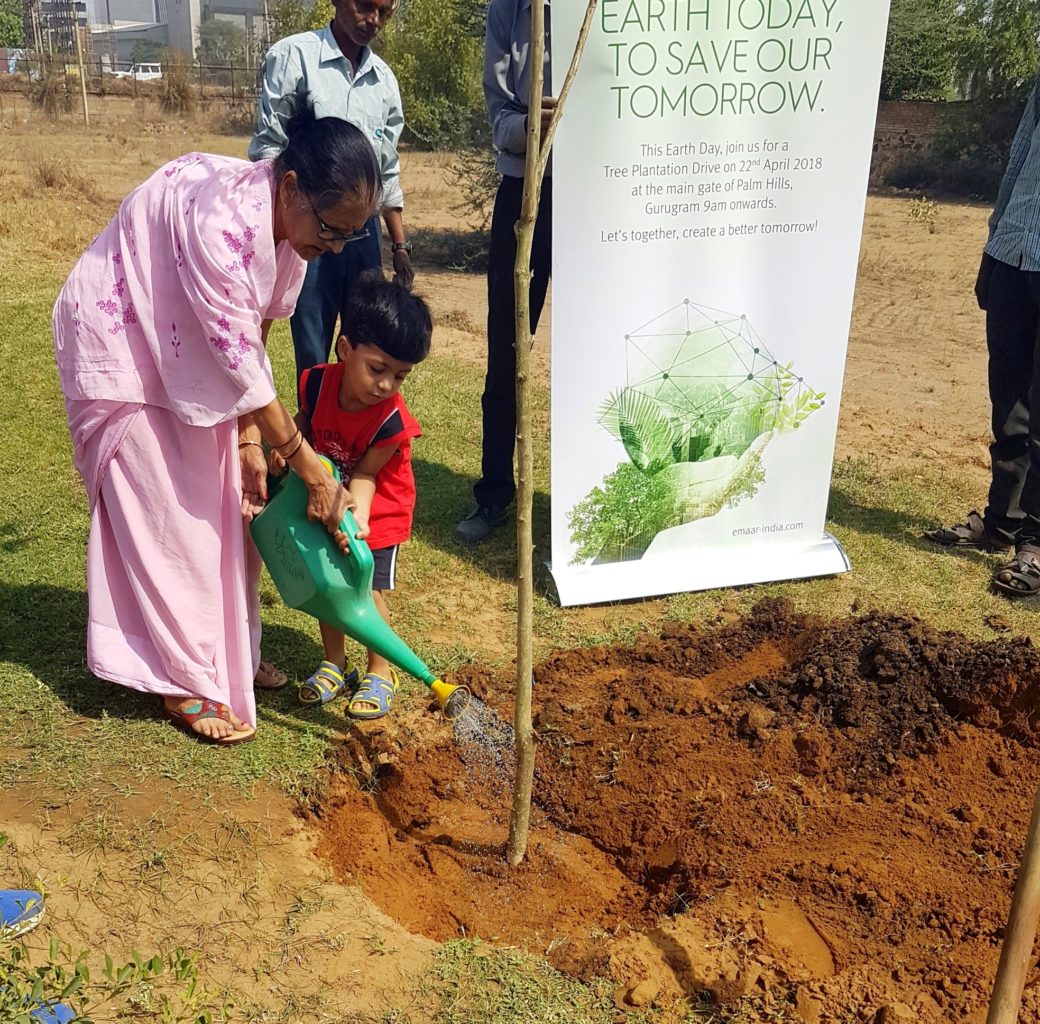 Approximately 1250 saplings were planted to mark the occasion at Emaar India project sites, including The Palm Drive, Palm Hills, Emerald Hills, Imperial Gardens, Colonnade, and Capital Towers in Gurugram; Mohali Hills in Mohali; Jaipur Greens in Jaipur; and Indore Greens in Indore. The Company also held awareness programs for employees and construction site labourers, wherein the respective project in-charge talked about the importance of protecting Mother Earth and various measures to be adopted, while urging them to plant more trees in order to save the environment and the future generation.

Apart from the project staff and construction labourers at under-construction sites, the festivities also witnessed active participation from residents of The Palm Drive, Palm Hills, Emerald Hills and Mohali Hills communities, who applauded the efforts undertaken by the Company to highlight the sensitive issue of environmental protection.

‘World Earth Day’ is celebrated across the globe every year on 22nd April. This year, the theme is ‘End Plastic Pollution’. To propagate this message, Emaar India also organised an ‘I Pledge’ campaign for its employees, wherein all the staff across its offices and project sites were sensitised on reducing plastic usage in their day-to-day lives, and took a voluntary oath to practice the same.