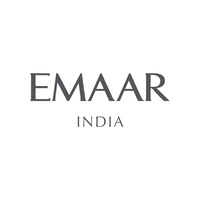 Emaar India completes The Avenues and Grace in Chennai

Delhi: Leading the real estate resurgence in the country, Emaar India, the iconic brand and leading global property developer, has completed and delivered its residential projects, The Avenues at Esplanade and Grace in Chennai. This marks the fourth project delivery in 2017 by Emaar India, which is committed towards expediting construction and handover of all its ongoing projects to the customers.

Emaar India received the final Completion Certificate (CC) from Chennai Metropolitan Development Authority (CMDA) for 98 units spread across two towers in The Avenues at Esplanade and Grace located in Tondiarpet, Chennai. The Avenues and Grace are part of the vibrant 14-acre residential community, The Esplanade in North Chennai, which is one of the largest housing developments within the jurisdiction of CMDA.

Commenting on the development, the official spokesperson of Emaar India said, “We are elated with this development for our customers, especially in Chennai which is a significant business market for us. With this, we have delivered all the three Chennai projects. This is essentially a testimony to our synergies & singular focus towards time-bound execution and seamless delivery of our projects to serve our customers in the best possible manner. Towards this end, we have also revamped our project teams and increased labour deployment at projects to more than 15000 within a short span of time.”

“We are proud to state that our efforts have started reaping results as we are poised to deliver 11,000 units by the end of year 2018,” the spokesperson said.

Notably, Emaar India has received completion certificates for more than 2,000 units since July 2016 and these units are being handed over to customers. The company aims to hand over all 11,000 units across more than 40 ongoing projects pan India by 2018-end. This will effectively translate to homes for 44,000 people considering 4 members per family.

While at The Avenues and Grace, CMDA had earlier granted CC for 324 units of the total 422 units, in 2016 & 2017. With the most recent and final completion certificate, The Esplanade township project  comprising of three product categories – Esplanande, The Avenues and Grace – has been completely delivered to the customers.

The Esplanade is one of the most well planned integrated community comprising of upscale well-appointed apartments built as per international standards. The township has beautiful landscaping across the project and is equipped with luxurious clubhouse, swimming pool, cascading waterfalls, recreational areas, centralised piped cooking gas system, modern elevators, wide internal roads, backup power for common usage areas, elevators for each apartment, and sewage & reverse osmosis (RO) plants along with other amenities like education, healthcare and retail.