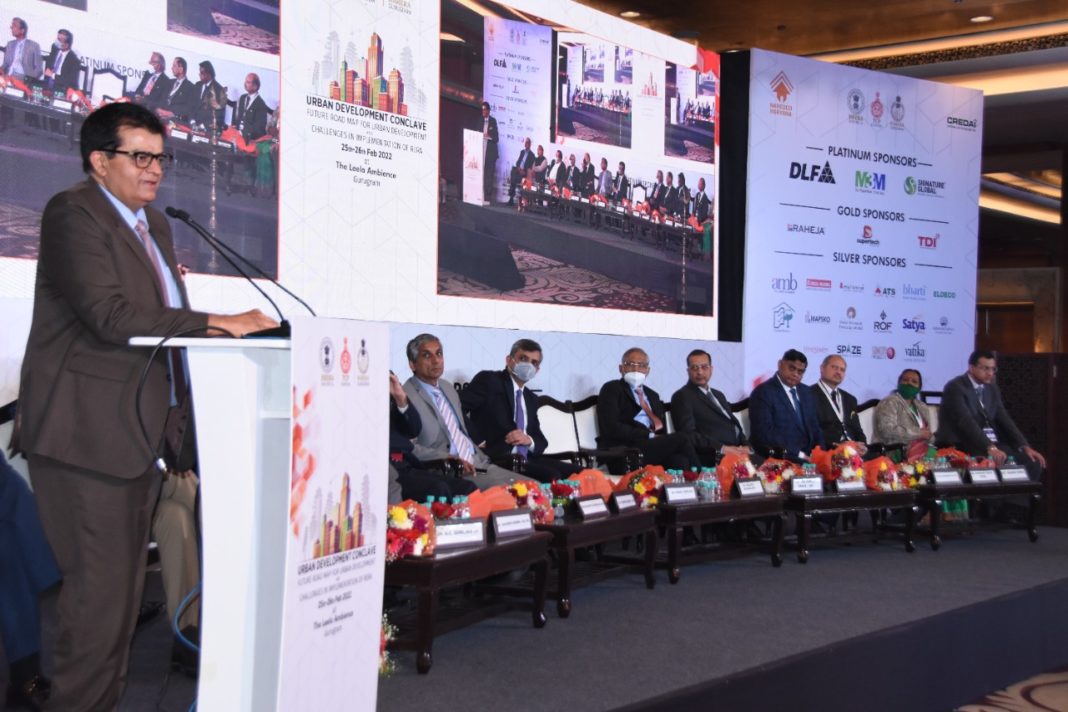 Gurugram, February 25, 2022: Employment generation should also be included in urban planning, said Manoj Joshi, Secretary, Union Ministry of Housing and Urban Affairs. Joshi was speaking at a 2-day conclave organized to promote planned urbanization in Haryana. Presiding over the inaugural session of the conclave, Joshi said that it is the dream of Prime Minister, Sh. Narendra Modi that every family should have a roof over it’s head. He believes that urbanization will drive the nation in the coming 20 years. Joshi expressed concern over the unplanned urbanization going on in small towns.

Joshi said that there is a need for better connectivity in transportation in Delhi NCR. “Similarly, we also need to plan on drinking water. There is a lack of capacity in the Government sector in urban planning whereas lot of capacity is available in the private sector, which we can use in the government sector to provide better facilities to the citizens”, said Joshi. Joshi also added that Haryana is a pioneer state in terms of urban planning while some other states are lacking in this and assured that Haryana will be given what it wants in NCR planning.