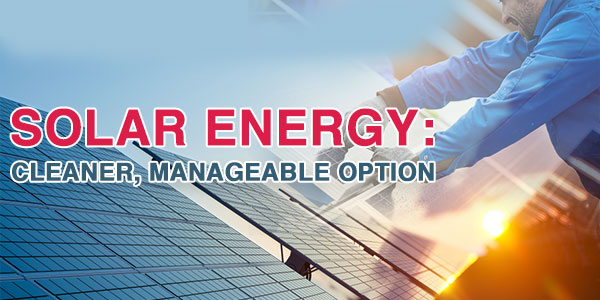 The age old saying “Whatever can be measured, can be monitored” holds true for a majority of things and that includes one of the most important resources for today’s modern day living – ENERGY.

As per the latest estimates released by the government, India is getting to an energy surplus situation as far as the production of energy is concerned. However, the paradox is that still, we face long power cuts and other power quality related problems in our day to day living. Despite readily available power at competitive prices, state utilities shy away from purchasing the right amount of power that can serve the 24×7 needs of the consumers. The reason being that the utilities suffer a huge amount of AT&C losses and the more the number of hours of supply, the bigger are these losses. On the consumer end too, there is hardly much available that gives near real time insights into their energy consumption. If some such solution is available that nudges them to conserve energy by reducing the waste while maintaining the same comfort levels as required through the efficient and intelligent use of energy. The above and similar problems can be solved to a great extent if there could be some ways to easily measure and hence monitor the energy flow closely. This near real time measuring and monitoring is one of the important characteristics of what we call as Smart Solutions.

Coupled with several new jargons, there is a lot of hype around such smart solutions. However, at a very simple and basic level, a smart system uses a feedback loop of data, which provides evidence for informed decision-making. The system can monitor, measure, analyze, communicate and act, based on information captured from various sensors. Any such systems deployed for energy-related problems have the potential to harness energy efficiencies to a significant extent at all levels, be it utility distribution system or different types of consumers like housing complex, commercial buildings, industries or a household. Achieving efficiencies needs much more attention as compared to the past is due to the fact that the per capita consumption of energy has increased significantly and is expected to grow even more in near future. If efficiencies are not brought in, then this increased consumptions will lead to lot more losses thereby hitting all stakeholders in the energy production, distribution, and consumption chain with several ripple effects. So, there is a definite need to achieve energy efficiencies by using appropriate technology, adequate processes, a passionate mindset and participation from users.

Machine to Machine (M2M) technology based on Internet of Things (IoT) concepts have been playing a significant role to realize such smart solutions, an example being a smart grid, smart infrastructure, smart cities, smart homes and smart building management and so on. Such solutions comprise majorly of the hardware ecosystem and the backend platforms, the two being coupled through a communication network. Hardware components get installed in the field to do real time measurement and control of end devices.

Backend platform processes all the captured data into the human understandable form that helps to view and controlling end devices in an automated or manual mode. Smart phones and mobile apps have further helped in penetration and popularizing such solutions and help measure, monitor and control almost everything from anywhere.

Taking the example of a smart grid, as shown in Figure 1, a utility can monitor its distribution transformers for various critical parameters as well as ascertain near real-time losses being incurred.

Figure 2 shows the highly granular data for the load and current on the transformer. Any exceptions are immediately notified as alerts to concerned officials.

The same can be monitored in real time too and helps get useful insights leading to any measures required for optimized usage. Data analysis over a period of time can give useful insights into consumer behavior as well as predictive analytics for important activities like demand side planning.

Figure 4 gives an example of real-time water resource and the energy measurement of a residential complex for each tower.

The system has the intelligence to switch on the pumping system as soon as the water level goes below the configurable threshold.

Xenius, a Noida based company has been revolutionizing the energy domain since its inception in 1998 by working on bringing intelligence to green living through disruptive uses of cutting-edge knowledge. It has several firsts to its credit including first Advanced Metering Infrastructure and Power Management Solutions in 2005, India’s first FTTx deployment in 2008 by introducing Neutral Access Network Operations and successfully implementing the first Smart Grid pilot of India in Ajmer in 2016. Since its foray in 2011 into the sphere of Internet of Things (IoT) and Machine-to-Machine (M2M) communication it has come up with an indigenously developed IOT platform Xenia™ and device ecosystem Xenius™. Xenia™ is an end-to-end M2M cloud-based device connection platform and works with Xenius™ and has been successfully deployed at multiple locations to achieve the following:

Infrastructure: A Catalyst For Affordable Housing