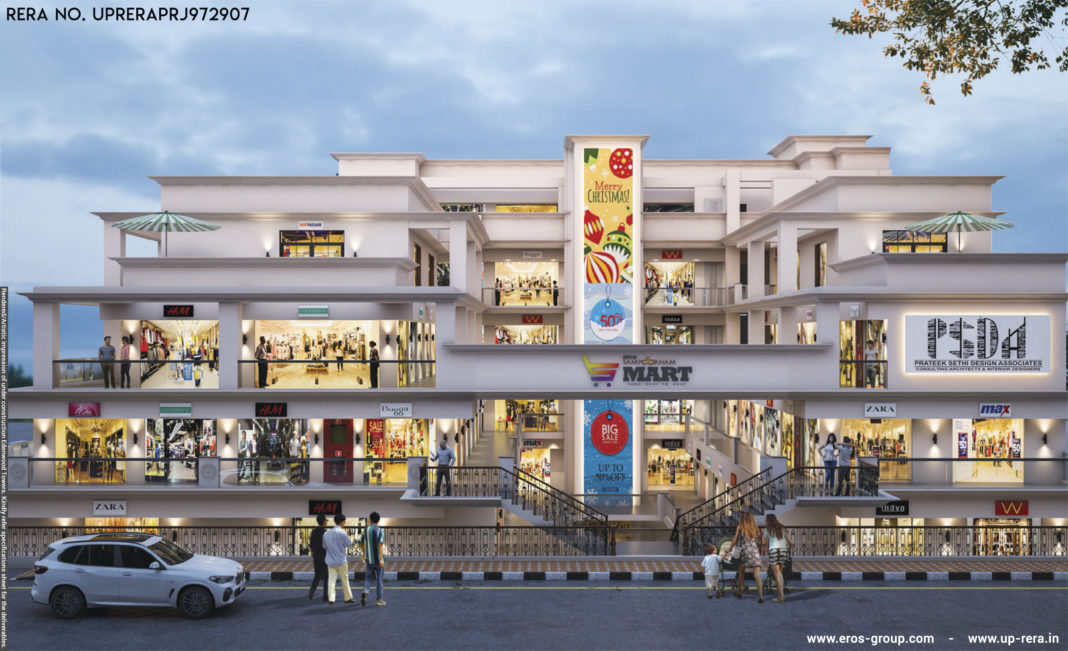 Envisioned as a three-storied building, S-Mart will spread over 35,000 – 40,000 sq. ft. with best amenities in commercial shopping destination, said a press release. It sold out 25 per cent shops on the launch day itself, the release said further.

Situated in the heart of Greater Noida, it is well connected to Delhi-NCR’s major transit points and business hubs, it added.

Avneesh Sood, Director, Eros Group, said, “We will invest around Rs 100 crore over the next two to three years on this project. Sampoornam Mart is a RERA-registered project and will be delivered in 2023. S-Mart is envisioned to be a one-stop destination for all needs and is made not only to satisfy passionate shopaholics but also to act as a stress-relieving destination that will recharge life.”

NBCC tasked with development, sale of WTC in S. Delhi