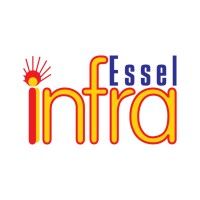 New delhi 30 th August 2017 : Essel Infraprojects Limited announced an up-gradation of its 8 lane Toll Plazas connecting Ahmedabad and Godhra Bypass with hybrid ETC (Electronic Toll Collection) mechanism. The 117.571 kms long toll road on NH 59 that begins at km 4+200 and ends at km 122+420, passes through the cities of Ahmedabad, Kheda, Vadodara and Panchmahal districts. The company added six more lanes at its Toll Plazas at Pithai and Vavadi to the already functioning hybrid ETC mechanism at two lanes at both the Plazas.

The Company’s move is aligned with the government’s vision of Digital India and elevating to the digital payment systems at most of its projects. With this step of adopting hybrid ETC system completely at the Ahmedabad-Godhra stretch, Essel Ahmedabad Godhra Toll Roads is at the leading edge in the implementation of the NHAI directive. The Toll Road will cut down on travelling time between the said cities considerably offering a better alternative for daily travelers on the route. The implementation of GST made way for seamless transfer of goods across the states saving up to 20 per cent plying time. ETC mechanism at the Ahmedabad-Godhra Toll road goes a step further to provide a fillip to roadblock-free travel for businesses and otherwise. The ETC fast tags can easily be availed from any of the issuer banks like IDFC, ICICI, SBI and Axis by the motorists.

The National Highways Authority of India (NHAI) had sent out a directive to all companies managing toll plazas under the PPP model, to convert all lanes into hybrid ETC systems as against the existing set up of having just two ETC lanes. The government agency has given a time period of 90 days for all Toll Plaza operators to shift to the new system.

Taking cue from the Digital India initiative of the government, Essel Infra already had initiated setting up of such a system and hence has been able to implement the agency’s directive way ahead of the deadline. With the company’s vision of improving the quality of life of Indian citizens, it strives at bridging the gap between developing regions and developed mainstream economy. Fortified with competent contractors for timely execution of projects to maximise revenues, world-class solutions for operations and strong project management and execution skills, Essel is equipped to replicate the hybrid ETC mechanism at any of its existing and upcoming projects with aid of adequate infrastructure by all stakeholders.

Intermittent internet connection at Toll plazas is one the major obstacles observed in the fulfilment of the ETC mechanism. Another major hurdle is the fact that most transporters are not educated enough to adopt such a system. A step in the right direction at tackling these hurdles will go a long way in better application of the ETC.

For the ETC to function, car owners have to arrange RFID (Radio-Frequency Identification) Tags. As the vehicle passes through the Toll, the amount is automatically deducted from the RFID card. These cards have to be fixed at the front glass of the cars for the sensors to read them. However, the Toll booths have to have internet facility for the ETC system to function seamlessly. This system ensures smooth payment and movement of traffic even at peak hours without the cars having to wait to make payments. The current arrangement of having just two lanes for digital payments acts as an impediment to those opting to pay digitally. Post de-monetisation, there has been a surge in selling of RFID tags