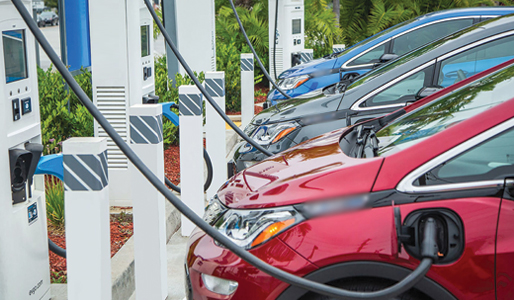 With a view to providing optimal charging infrastructure in the country, Radius Synergies has come up with an advanced and feature-rich version of its Electric Vehicle Charging Dock. While the earlier version was just a dispenser, the new EVCD version is a complete EV charger with a built-in charger gun; and that’s a huge plus. The safety and protection of the electric vehicle and its battery-pack have also been taken into account in Radius Synergies’ EVCD 2.0.

Radius Synergies has recently launched Version 2.0 of its Electric Vehicle Charging Dock (EVCD). It’s an AC fast charger as compared to the previous version that was a slow charger. While the earlier version took around eight to ten hours to fully charge an electric vehicle (EV), the new version can do the full charging within four to five hours.

The EVCD 2.0 operates in a voltage range of 90V to 280V AC (Alternating Current) supply. It has a power output rating of 7.5 kW. The new EVCD version has a robust design and can operate in temperature ranges of -20 degrees Celsius to 70 degrees Celsius. The main difference between the two versions is that while Version 1 was just a dispenser, the new version is a complete EV charger with a built-in charger gun.

The EV gun provided in EVCD 2.0 is Type-2 and supports AC fast charging. The new EVCD also has a pre-installed SIM (Jio/Airtel) that can operate on a 4G network and which can also fall back to 2G network in case of any network error. This advanced feature has increased efficiency and dependability of EVCD in remote areas as well.

Not just the improved features, but protection and safety have also gone through an upgrade in EVCD 2.0 to keep the vehicle safe in case of any anomaly. The charger automatically stops charging once the EV is fully charged thereby preventing the overheating of the vehicle’s battery pack.

Moreover, once the charging commences, it can only be stopped through the EVCD mobile app to prevent any misuse of the e-wallet. To provide extra protection to the EV, the charging also stops in the following conditions:

The popularity of EVs is growing rapidly in India. More and more consumers are now shifting from ICE (Internal Combustion Engine)-based vehicles to EVs and hybrid vehicles. The provision of an optimal EV charging infrastructure is essential for contributing to the Government’s vision of transforming India into a green and prosperous nation.