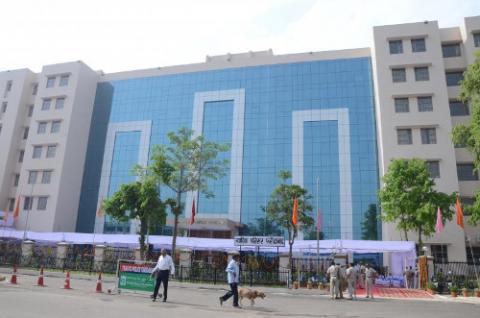 Faridabad is expected to get a grant of Rs 467 crore under the Atal Mission for Rejuvenation and Urban Transformation (AMRUT) scheme launched by the Centre.

According to a newspaper report, a survey to identify the areas to be covered under the scheme has been launched.

Officials of the Municipal Corporation, Faridabad (MCF), said while the focus of the AMRUT mission was to develop various facilities, including water supply, sewerage system, roads and transportation, the grant amount spread over a period of five years could also be used for the provision of basic amenities in the city, which include 66 residential colonies having no proper civic amenities at present.

“While the Government had already appointed a consultant to carry out the survey for preparing the estimate, the Budget would be released for the projects submitted by the MCF” DR Bhaskar, Superintending Engineer of the MCF, was quoted in media as saying.

He further added Faridabad was among 20 cities in the state that had been selected for the AMRUT scheme, besides the Smart City project. The broad targets were to provide access to tap water and sewerage facilities, greenery, open spaces, internet and Wi-Fi facility, secure public transport etc, he said.

GDA board meeting put off