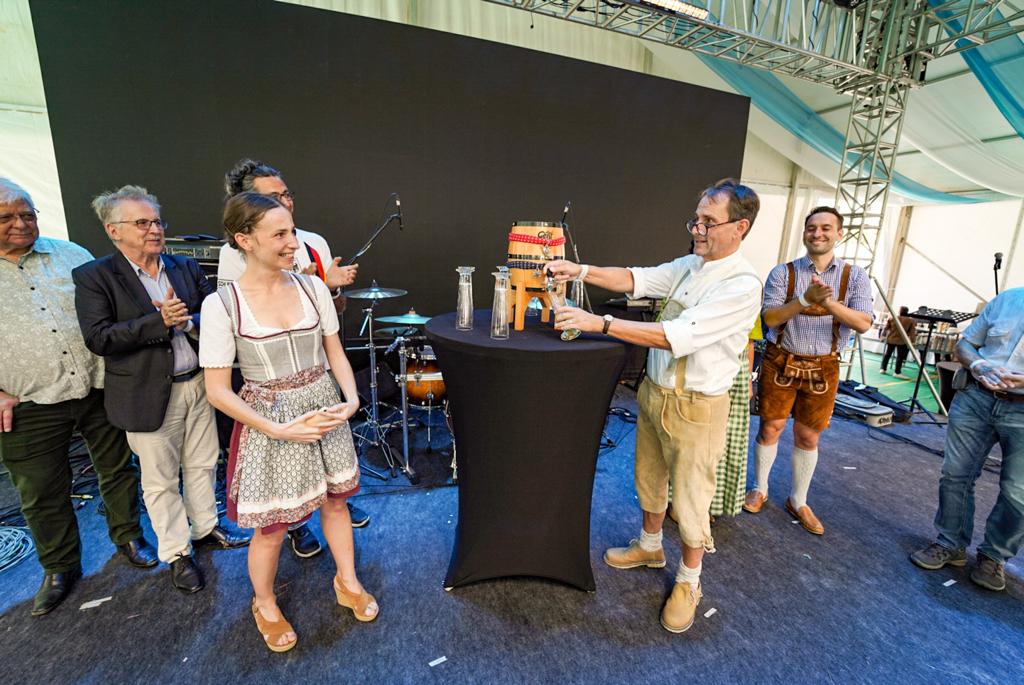 Powered by Geist, Oktoberfest festival started with keg tapping by Achim Burkart, German Consul General in the presence of Arjun Aggarwal, MD, Bhartiya Urban. The event in Munich was also live streamed at the same time.

Featuring a Carnival Street with a 20,000 sq ft German tent Oktoberfest also regaled the visitors with its authentic Bavarian food, Craft beer, German performers and German musicians along with a masterly Indian line up. The artists who performed at the event included Beat Gurus, Carlton Braganza & Friends, Ivan, Jasmeet, Raghu, and Zhane.

Speaking on behalf of Bhartiya Mall of Bengaluru, S Raghunandhan said, “At Bhartiya Mall of Bengaluru we are committed to mingle shopping with pleasure. People visit this place not only to shop but also to spend quality time with their family and friends. Through Oktoberfest we have attempted to take experiential shopping at a whole new level and going by the footfall and the response of the people we can say that it has been a hugely successful. The event was a part of the authentic Oktoberfest held annually in Munich, Bavaria.”