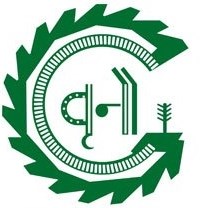 According to the media reports, the builders have been given 15 days to reply.

The authority notice comes after many homebuyers lodged complaints against these builders.

Before offering possession to buyers in a building, the developer mandatorily needs to obtain an occupancy certificate from the local authority. An OC is issued only if the authority finds the building safe for living after conducting a detailed inspection.

“We have been conducting an inspection of the projects in Greater Noida. No builder flouting norms will be spared,” said a senior GNIDA official quoted in media.

“It’s mandatory for the developer to get the original building plan sanctioned by the authority and then sell flats after acquiring completion certificate for the project. A completion certificate must be obtained and the deed of the apartment must be executed and registered by the builder before giving possession of a flat,” he said. “We had issued a public notice in this regard last year,” he added.

“Living in projects for which completion certificates have not been acquired can have multiple implications for the residents such as delayed possession and at times the open green areas giving way to concrete towers,” he said. A builder usually gets the building plan amended, with approvals for additional apartments and areas, when his project is almost complete.