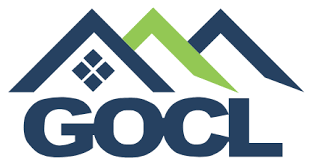 On a standalone basis, GOCL Gross Income for the quarter was Rs. 28.49 crores with a net profit of Rs. 3.16 crores.

Division wise performance and highlights are as under:

The turnover of the Energetics Division increased by 26% over Q2 of the previous year in spite of heavy rains in most mining region during the quarter. The increased turnover was contributed by increased volumes of non electric detonators such as e-Dets, pentolite boosters, cords and cartridged explosives. However, the sales in the trade market was extremely weak, but was made up by exports turnover which increased during the Q2 by 6 times over the corresponding quarter of the previous year. New product developments are under way and would be commercialized in 2018.

The wholly owned subsidiary, IDL Explosives Limited ( IDLEL ) achieved a turnover of Rs. 85 crores and PBT of Rs. 3.11 crores for Q2 of F2018. The turnover was maintained inspite of heavy rains over the quarter due to good demand for bulk explosives.

The wholly owned subsidiary IDLEL has won major orders worth Rs 322 crores in a recently concluded tender floated by Coal India Limited for a period of 2 years for supply of Bulk Emulsion Explosives.

Currently, the Company along with IDLEL has Rs 680 crores worth of orders on hand from CIL, Singareni Colleiries, Tata Steel and others.

The ‘Ecopolis’ is a joint development project with Hinduja Realty Ventures Limited. The mixed-use commercial development is located in the growth corridor of Bangalore, North Bangalore. The 38.15 acres techpark comprises of SEZ and commercial office space, which is being constructed in phases.

Block 3 in Phase 1, is a LEED Gold certified building which is ready for fit outs and has received Occupancy Certificate as intimated earlier. The MLCP (11 levels) is designed as an infrastructure bank which accommodates DG sets on the ground level, hybrid HVAC chillers on the terrace level and additional car parks in the remainder levels which will cater for three buildings in the campus.

In Phase 2, Block 2 is also a green building which is pre-certified LEED Gold rated with a constructed area of 1.06 million sft. Block 2 is under-construction and will be ready for fit-outs in Q1 calendar 2018. This building also has three levels of basement earmarked as parking to accommodate clients’ parking requirement.

Many International MNCs are currently on a consolidation mode and in this background the Developer has received enquiries and are in discussion for large Built-to-suit campus. Other than this, the Developer is in discussion with clients for absorption of space in Block 3 and Block 2.