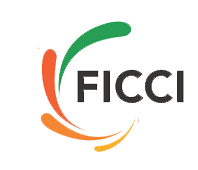 NEW DELHI, 13 February 2019: Mr Manish Kumar Sinha, Joint Secretary (TRU-II), Department of Revenue, Ministry of Finance and Secretary – GoM (Group of Ministers), Real Estate under GST regime, Govt. of India today suggested that the construction and real estate industry should push for bringing the entire sector under GST as early as possible, which will solve major problems of the sector.

Speaking at an interactive session on ‘Decoding Union Budget – A Real Estate Perspective’ organised by FICCI, Mr Sinha also assured the industry full support from the government. “Government is very sensitive to this sector and doing the best it can,” he said, adding that the government is aware that real estate is one of the key sectors, provides jobs and contributes, directly and indirectly, around 8-10% to the GDP.

While addressing the industry representatives, Mr Sinha highlighted that post-GST, tax rates have come down to 12% which was 20% earlier. To boost the affordable and mid-segment housing, availability of credit is essential for growth, he said.

Mr Sanjay Dutt, Chairman, FICCI Real Estate Committee & MD and CEO, Tata Housing Development Co. Ltd. and Tata Realty and Infrastructure Ltd., said that the demand in the office sector is growing strongly, but on the other hand, the demand of residential space has not seen that kind of growth and is currently where it was few years back. In order to bring back the demand, he suggested that the developers should construct, design and build houses keeping in mind the end-user.

FICCI-EY White Paper on ‘Indian Real Estate: Demystifying the new tax and regulatory environment’ was also released during the event which highlights the key tax and accounting issues impacting the real estate sector.

Mr Gaurav Karnik, National Leader, Real Estate, Ernst & Young LLP said that the release of paper seeks to outline some of the income tax issues which need clarity from the government which would go a long way in reducing litigation, result in better compliance and at the same time provide relief to the sector. He also said that the reasonable rates along with seamless utilization of input tax credit coupled with lower stamp duty may be considered by the government so that the real estate sector can continue on its recovery path.

Confluence 2019 by Mahindra World City delves into ‘Thinking Cities: The Rise of Resilience’