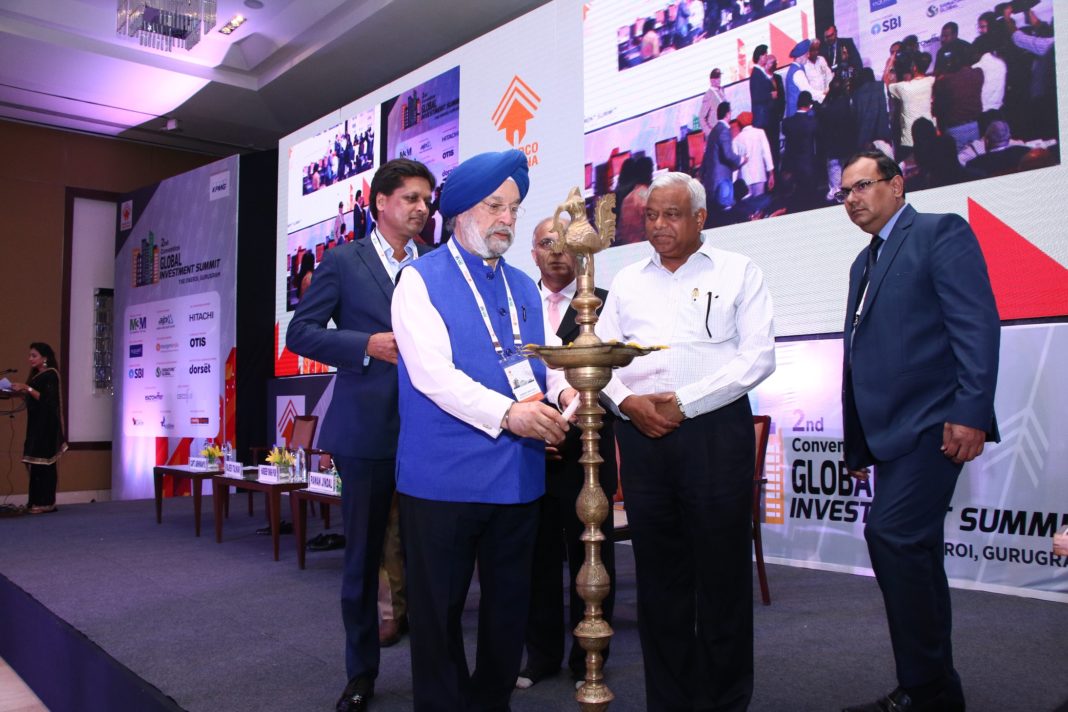 June 1, 2018,Gurugram: Hardeep Singh Puri, Union Minister of State with Independent Charge in the Ministry of Housing and Urban Affairs on Friday assured the home buyers as well as real estate builders across the country that the government would sort out most of their common problems as soon as possible and as well as address the pending issues, confronting them with a consultative approach.

The Minister also gave a commitment, emphasizing that the union government has already set up Advisory Committees in western, eastern and southern region that will begin a consultative exercise with builders, home buyers including Government machineries throughout the country and seek solution of problems confronting these so that deliveries of affordable houses are not further delayed and builders and real estate developers also are able to sort out their beaurocratic problems.

Addressing Global Investment Summit under ages of NAREDCO Haryana here today, Mr. Puri said that since construction sector contributed a great deal to national GDP and employment creation among all other sectors of economic engagements, the government is duty bound to address the concerns and issues of this sector, particularly at a time when the Prime Minister has laid a great emphasis on affordable housing.

It is in this context, the advisory committees have been set up that will begin their assigned work in the month of June 2018 itself and seek resolution of most of problems that the construction and housing sector are confronting with, added Mr. Puri pointing out that the members of the committees would be equally concerned and committed to find solutions for the problems of the home buyers.

The Minister blamed a few handful of real estate builders that have brought a bad name to this sector informing industry that required action would be taken against them as per provisions of the law of land but assured that the Union government in consultation with the state of UP and Haryana, it would be able to sort out and adequately address problems of NCR builders and home buyers.

Mr. Puri was also of the view that RERA related issues with builders would also be addressed by the members of the Advisory committee’s setup to address relevant issues in all three regions such as western, eastern and southern.

In his welcome address, Chairman NAREDCO Haryana Mr. Rajeev Talwar, urged the government to come out to the rescue of those builders and real estate developers whose land parcels have been mortgaged by various states in pretext or other as it would delay the project’s completion and halt real estate development in the country.

President of NAREDCO Haryana Mr. Praveen Jain in his observations assured the government that real estate development would pick up the required pace as soon as its teething problems would be addressed by the governments concerned including the centre.